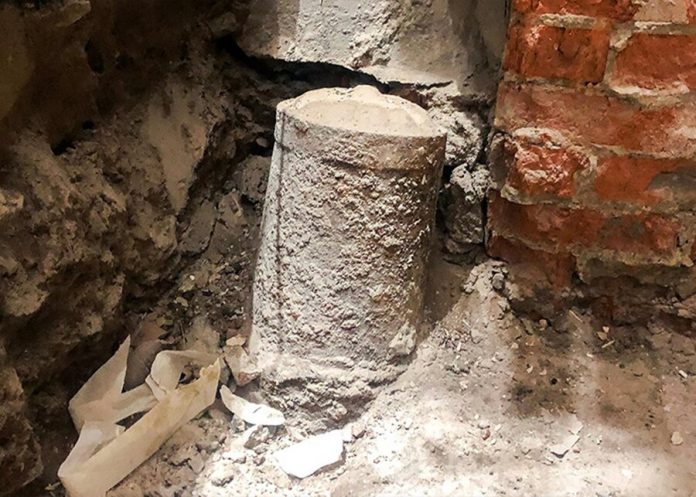 Two cast iron baffle cabinets with a decorated lid was found by specialists in the travel arc of the mansion Rutkowski in the Big Kozlovsky lane, informs a portal of the mayor and government of Moscow.

One of the four wheel pedestals is in good condition, the other located on the opposite side, badly damaged.

Experts said that the found stone was used as a protection from the damage that could to the walls from passing carriages.

At the moment, experts examine the finds. In the future, they will determine the order of return to the tables of the historic appearance.

“the Restoration of the finds is always a real treat. After all, new knowledge about the monument provide even more return to its historical appearance. Four wheel tables, which were found during the works in a unique mansion Rutkowski will be saved and carefully restored”, – said the head of the Department of cultural heritage of Moscow Alexey Yemelyanov.

He also admitted that he is considering the idea of exhibiting tables at the same place where they historically were located. This, presumably, will be used glass design.

it is Reported that the conservators held a special work for the conservation of the roof, mend and grouting of the brickwork. In addition, almost completed restoration of the facades of the building. Also be restored stucco decoration. To complete the restoration work planned in 2022.

Rutkowski Mansion, built in 1888, is the object of cultural heritage of regional value.

Earlier it was reported that the restoration of the famous Melnikov House in Krivoarbatsky lane could begin in 2022. And arbor rotunda at ENEA plans to rebuild by summer.

“This is our city”: the capital, will hold the restoration of the Kitay-Gorod wall