Home Breaking Oskar Dirlewanger: what has become of the most brutal Nazi executioner 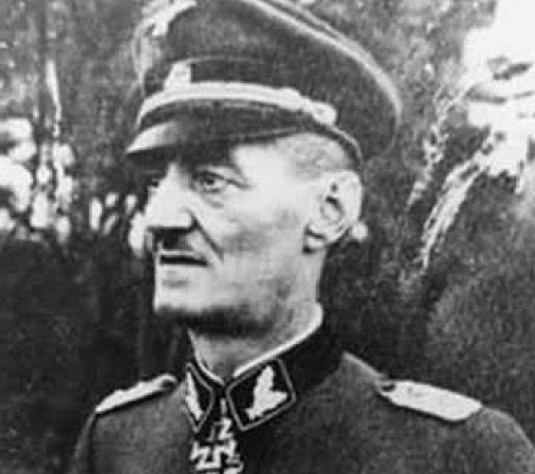 History 24/03/20 Oskar Dirlewanger: what has become of the most brutal Nazi executioner

The evil SS that war criminal called the American historian of world war II Chris Bishop. Most experts who have studied the personality of Oskar Paul Dirlewanger came to the conclusion that it was a mentally ill subman, overwhelmed by a pathological lust for violence.

the Soldier, a corrupt embezzler, pedophile

Dirlewanger’s Military career began in the First world war, where he became the owner of two Iron crosses. Serving in the machine gun company of Grenadier regiment, the Schwab has grown to the commander of this unit. He was wounded several times. Received the rank of Lieutenant.

Militaristic habits Oskar Dirlewanger did not leave and return home after the prisoner in the First world war armistice. In the composition of the ruthless (paramilitary organization that operated in Germany and Austria in the XVIII – XX centuries) he was in the early 1920-ies denounced Pro-Communist demonstrations that took place on the territory of several States of Germany. Was an ardent anti-Semite that even prevented the studies at the commercial school, where Dirlewanger kicked.

It at all before the Second world war many where expelled because he was not only a notorious scoundrel, but also a thief. Such scum are not burdened with the “Chimera of conscience”, and was subsequently demanded by Hitler to implement his maniacal plans.

Initially Dirlewanger ran even of the National socialist German workers party (recovered only four years later). He served in several banks, was the Manager of a textile factory. And everywhere, he was convicted of financial fraud for which he almost landed in jail. After coming to power of the Nazis was averted, drove himself to the appointment with the Agency one of the German cities, in charge of employment. There enterprising Schwab began again to assign public money and scheming.

In 1934, DiLevinger was accused of sexual relations with 13-year-old German from the Union of German girls (a division of the Hitler youth, which included children aged 7 to 14 years) and was imprisoned for two years. Military rank, awards, membership in the party and the degree of doctor of Sciences – all this condemned deprived.

After his release from prison, on the advice of Gottlob Berger Dirlewanger went to volunteer for the war in Spain. He served in the Spanish foreign Legion, the German voluntary military connection “Condor”, who fought on the side of Franco, and in the tank unit. Got the Spanish cross. Back in Germany, was averted in the spring of 1940 made remove themselves from accusations of pedophilia and return all that was taken from him regalia. At the party, he was also restored.

the SS Dirlewanger betrothed all the same, Gottlob Berger, one of the highest offices of this Nazi organization. Oscar found work consisting in the efficient use of convicted poachers. Attaining the rank of Lieutenant, Dirlewanger was the commander of the penal unit of the SS, later called his name. At first it was a command, then a battalion, by the summer of 1944 – has “a Special SS brigade “Dirlewanger”, and shortly before the defeat of Nazi Germany – Grenadier division.

Dirlewanger from now until may 1945, when he was arrested by the allies, was in his element – SS was in command of the same human scum as he is, moral principles of the “Dirlewanger” does not exist. Subordinate to the chief office of the SS division until 1943 was added only for convicted poachers. Belarusian partisans thoroughly patted these criminal hunters of four-legged and feathered, so was averted in early 1943 started to increase the number of its formation at the expense of the local population, his battalion consisted of Ukrainian and Russian volunteers, ethnic Germans. Then in the “Dirlewanger” were to take the criminals among the soldiers of the Wehrmachtas and SS as well as German political prisoners.

“Dirlewanger” fully showed his beastly nature in Belarus, where the unit was burned together with the residents of several villages (including the famous Khatyn). Downstream of Oskar Dirlewanger suppressed the Warsaw and Slovak uprisings. In April 1945 the remnants of the division were surrounded by the territory of the German state of Brandenburg and captured.

In recent fights, his division Dirlewanger was not involved: after the injury he had to sit in the rear. In early may, two days before the Victory, he was arrested in the town of Altshausen French soldiers. And the local jail, where he planted Dirlewanger, was guarded by poles serving in the French occupation corps. After a month they knew what kind of SS they sit, and beat him to death.