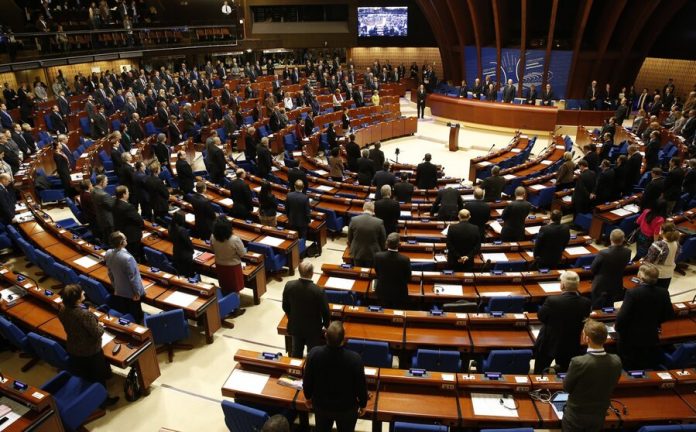 the majority of the deputies of the parliamentary Assembly of the Council of Europe (PACE) voted for the ratification of the credentials of the Russian delegation in full.

Also recognized the existence of “some progress” in the conditions of the Minsk agreements on the settlement of crisis in Ukraine. However, in the text of the amendment contains a reminder of the “position of the Assembly on the illegal annexation of Crimea.”

According to the document, over the past six months after returning to Assembly of the Russian Federation has implemented a number of recommendations. In particular, we are talking about Russia’s participation in the exchange of prisoners and the preparation of the Moscow and Kiev new such operations.

Particularly noted that Russia fulfills one of the requirements of the June resolution: cooperates “with the joint investigation team and the Prosecutor’s office of the Netherlands on the crash of the Boeing over the Donbas with the goal to bring the perpetrators to justice.”

Regarding financial obligations to the Council of Europe, the Russian Federation paid all required contributions to the budget and the partial agreements, the document says.

January 28, Deputy Chairman of the state Duma, the head of the Russian delegation in the parliamentary Assembly of the Council of Europe Peter Tolstoy was elected PACE Vice speaker.