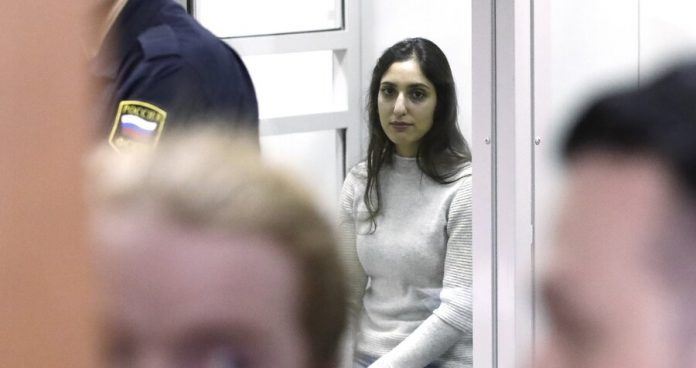 Russian President Vladimir Putin has signed the decree about pardon of the citizen of the US and Israel Naama Issachar, who was convicted in Russia for smuggling drugs.

“Pardon Issachar and Naama, 1993 year of birth”, – stated in the document.

Specifies that the girl is freed from further punishment. Presidential decree entered into force upon its signing.

Previously, the Commission on pardons approved the petition Issachar pardon. The Commissioner for human rights in the Moscow region Ekaterina Semenova stressed that she partially admitted his guilt.

Later, the recommendation for pardon was signed by the Governor of the Moscow region Andrei Vorobyov. A petition to pardon the prisoner to the Russian leader addressed Israeli President Reuven Rivlin, Prime Minister Benjamin Netanyahu, as well as the girl’s mother.

Naama Issachar was arrested in April last year in the transit zone of Moscow Sheremetyevo airport, when flying from Delhi to tel Aviv. In her Luggage, customs officials found 9.6 grams of hashish. According to the Israeli woman, she was carrying the drug for personal purposes.

In October 2019, the court sentenced her to 7.5 years in prison for smuggling and drug possession. The defense filed an appeal to a higher authority, however, in mid-December, the Moscow regional court upheld the conviction.

Convicted of drug smuggling Israeli asked Putin for pardon In the hope of pardon: what will happen in Russia condemned the Israeli