Home Business People are Too Broke to File for Bankruptcy 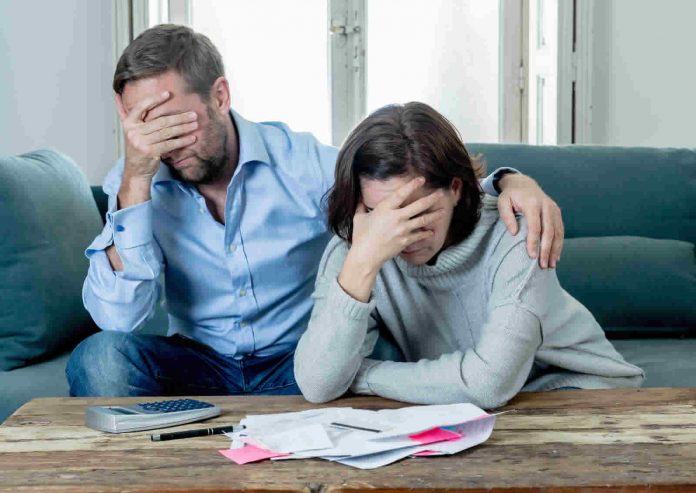 The American Bankruptcy Institute shows that in March, bankruptcy filings were down in many states year-to-date compared to the same period a year prior. Month-over-month, bankruptcies grew by 31%.

The Institute has mentioned making bankruptcy more accessible to people.

Bankruptcy does come with its own costs of paying an attorney, with the average cost being around $1,000. Debtors, who file for bankruptcy because they don’t have money to pay their debts, are required to come up with attorney fees upfront.

Proposals include allowing the debtor to pay off their attorney fees over time.

The law, under Chapter 13 bankruptcy, already allows debtors to repay a portion of their debts over time. Payments are fixed, but there are circumstances where the payment amount may be increased. Dealing with an increase is difficult, but plans can be extended from three to five year options to allow for lower payments if payment increases are unaffordable.

Bankruptcy filings skyrocket in March and April because debtors have the money from their refund to pay their lawyers. The buy into bankruptcy issue has plagued people across the country for years.

People that are unable to pay for an attorney often take on high-risk loans or stop paying their debts. Debtors may be able to avoid upfront costs by filing for Chapter 13 bankruptcy. Lawyers in some states will charge higher fees, but the lawyers will allow the fees to be paid back under a Chapter 13 filing.

Law changes would be required under Chapter 7 filings to allow for debtors to pay their lawyers back over time. The current law eliminates debt under Chapter 7, which is why lawyers request upfront payments.

One proposal in the Southern District of Alabama suggests that lawyers request half of the fee upfront and the remaining fee afterword. The second fee would not be wiped out like other debts.

The current system forces many people with debt into Chapter 13 filings because the debtor cannot afford to pay for Chapter 7 attorney fees upfront.

Additional proposals include offering more funding to free bankruptcy service providers to allow more people to have their attorney fees paid for by charity or perhaps government funding. Until radical changes are made, those struggling with high levels of debt will continue waiting for relief.