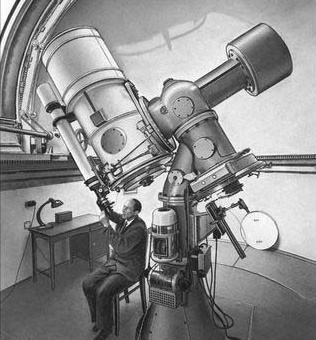 it All began with the mystical natural phenomena – eclipses of the sun. From the moment the light faded for many Soviet scientists, the first of which began astronomers. Therefore, in accordance with the name of the main Observatory of the country the case was later called Pulkovo.

According to experts, the solar Eclipse was to take place on 19 June 1936. However, to prepare for it started ahead of time. Moreover, not only Soviet astronomers, but also foreign bodies. It is clear that scientists from different countries actively communicate with each other on this issue. It is this connection, and became the reason for numerous arrests and death sentences.
One of the first under the steamroller of repression was the Director of the Astronomical Institute Boris Numerov. He, by the way, the origin was unsuccessful: he was the son of a priest. In addition, he regularly traveled abroad to build bridges with the local observatories. At the end of October 1936, Numerova arrested, accusing him that he organized anti-Soviet society, whose members were engaged in sabotage and prepared to overthrow the existing government. Created by astronomer and the instruments he developed scientific methods, which are included in the textbooks, have been forgotten. He was sentenced even the wife Numerova. The scientist was shot in 1941.

a Series of shootings

28 Jun 1937 arrested the Director of the Pulkovo Observatory Boris Gerasimovich. He, like ciphers, went to trips abroad. It is clear that Gerasimovich this fact at hand is not played. In his scientific works, monographs and textbooks also did not pay any attention. Gerasimovich was shot quickly, in late November 1937.
a Young employee of the Pulkovo Observatory Dmitry Eropkin took before the Director, in December 1936. It seemed that his pass a terrible punishment: he was sentenced to 10 years in prison. However, after 6 months Eropkin accused of counter-revolutionary agitation among the inmates. On 20 January 1938 he was executed.
the same thing that happened to Eropkina happened with his colleague Maximilian Musselius. At first he, too, was given 10 years, but a year later was shot.

Under the hot hand

At Pulkovo grinder was astronomers Balanovsky, Boev, Gas, Dnieper, Leman-Balanovskaya, Markov, Kozyrev, Yu, Asnow and many others. Not to mention that while under the hot hand hit not only astronomers but also other scientists. So in 1937 was arrested by the Soviet geologist Nicholas Switalski. According to some sources he was shot, according to others he died a natural death while still in detention. He was then convicted and another geologist Andrey Kirikov, and, together with his wife. Physicist Yuri Krutkov was sentenced to 10 years. Geophysics Peter Nechiporenko was shot in September 1937.
This list is far from complete. However, until now the exact number of victims of the Pulkovo business is unknown. Those whose names have remained in history, was sentenced to prison, died in prison or were sentenced to death.
All of these scientists and the majority do not appear in this article in 50 years was rehabilitated.