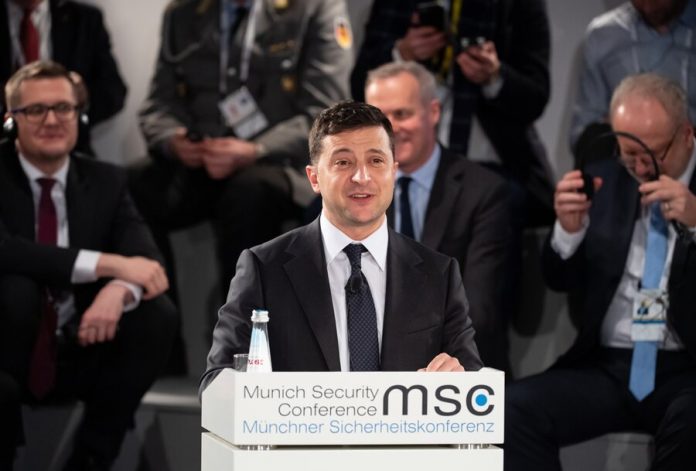 the Russian Senator Alexey Pushkov compared with dreams of flying to Mars, the idea of Vladimir Zelensky to hold elections in the Crimea.

“He wants to hold elections in Crimea in the autumn of 2023. But diplomacy and politics is the art of the possible rather than dream about the impossible. With the same success he could dream of flying to the Ukraine to Mars”, – wrote Pushkov in his microblog on Twitter.

According to the Senator, the Ukrainian President “head in the clouds, whether in distant scenarios, but no real policy.”

During a speech at the Munich security conference Zelensky has declared intention to spend in October, 2023 local elections on the entire territory of Ukraine, including Crimea.

Earlier, Dmitry Peskov described the idea Zelensky on the construction of “garden city” in the Kherson region for immigrants from the Crimea. Press Secretary of the President of the Russian Federation noted that the idea of building for someone on the territory of Ukraine-city of dreams you must only welcome.