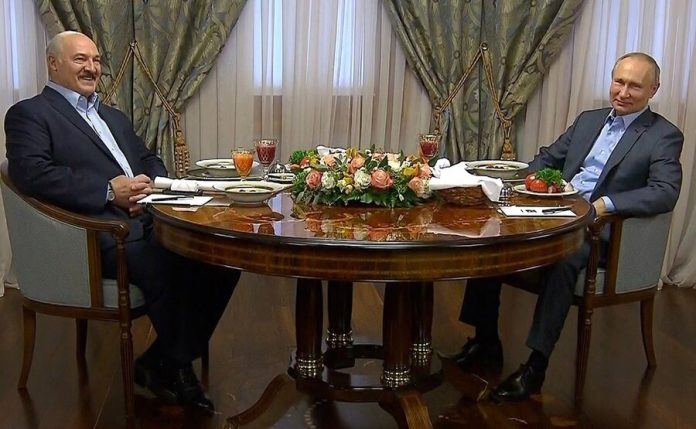 Russian President Vladimir Putin and Belarusian leader Alexander Lukashenko hold talks in Sochi. The heads of state began to communicate tete-a-tete, after which they will be joined by the delegation, reports TASS.

it is Noted that Putin met a colleague in a red sports jacket. After a warm welcome the leaders started talking about the weather.

“And lucky you, snow, the sea here”, – said Lukashenko.

His words were supported by Putin, noting that in the Sochi winter very well. After this informal dialogue, the presidents proceeded to the hall for talks. The conversation began in the format “without ties”.

Earlier it was reported that Putin and Lukashenka will discuss the topic of cooperation between the two countries, particularly “in the context of integration processes in the framework of the Union state”.

Putin and Lukashenko will meet in Sochi