Home Breaking Putin has repeatedly dealt with the situation in the case of “Network”... 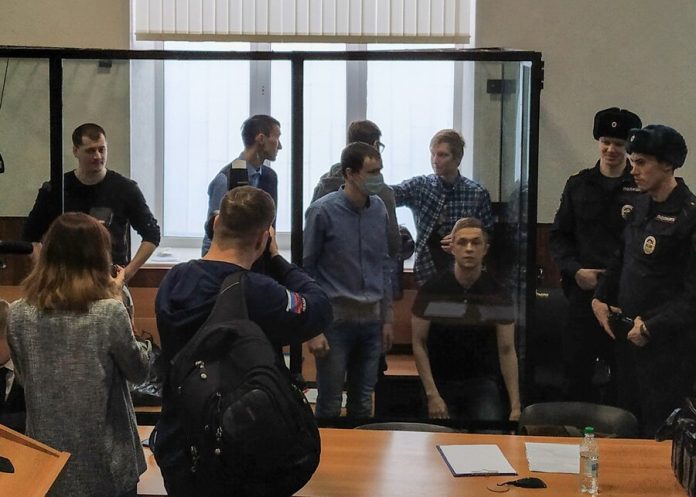 Vladimir Putin has repeatedly dealt with the situation in the case of banned terrorist organization “the Network”, said press Secretary of the President Dmitry Peskov.

According to him, the Russian leader instructed to carefully check the information about the torture of the defendants in the case “Network” and “the New greatness”.

“the President has repeatedly dealt with this situation, repeatedly instructed carefully to check for compliance with the law, in this case any other intervention in the actions of investigative bodies is impossible, especially on the part of the President”, – quoted Peskov RIA Novosti.

on Monday, February 10, Privolzhsky district military court in Penza has sentenced seven defendants in the case of the community Network. Prisoners received from 6 to 18 years in prison.

Interregional terrorist organization “the Network” was created in the year 2016, it included cells in the Penza, Moscow and Saint Petersburg.

According to the investigation, participants of criminal community have developed a Charter for the organization, trained with weapons, planning an attack on law enforcement officers and state institutions.