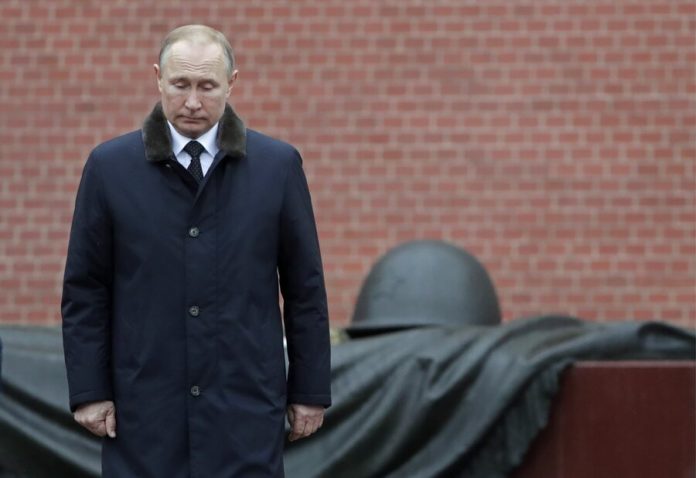 Vladimir Putin laid a wreath at the Tomb of the Unknown Soldier near the Kremlin wall to commemorate fallen soldiers. About it reports TASS.

Soldiers of the Presidential regiment mounted at the Eternal flame wreath with ribbon in colors of the Russian flag and the inscription “to the Unknown soldier from the President of the Russian Federation”. The ceremony ended with the March of the troops to the accompaniment of a military band.

the Ashes of the unknown Soviet soldier was moved from a mass grave in the suburbs and reburied in the Alexander garden in 1966. The following year there was opened a memorial, a key element of which was the Eternal flame.

Earlier, Moscow mayor Sergei Sobyanin congratulates military on defenders of the Fatherland Day. The mayor stressed that the immortal exploits and love of country are a true example and inspiration for new achievements.

the mayor added that the country continues to be proud of their heroes to this day. He wished the defenders of good health, prosperity and new successes in the service of Russia.

In Moscow, festive events will be held in honor of defender of the Fatherland Day