Home Breaking Putin will meet with the working group on the Constitution on 13... 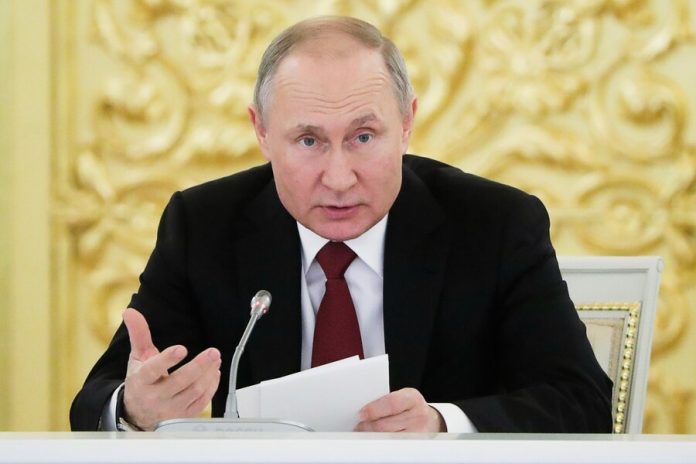 Vladimir Putin will hold a meeting with the working group on amendments to the Constitution Thursday, February 13, RIA Novosti reported citing the head of the Duma Committee on legislation Pavel Krasheninnikov.

“I remind you that on Thursday you will have a meeting with the President, so we are not in the public chamber meeting, and with the head of the country,” said Krasheninnikov the meeting.

This information was confirmed by press Secretary of the President Dmitry Peskov.

Earlier, Peskov said that the impending changes are designed to ensure quality development of the entire state system of the country. He stressed that the purpose of the amendments is the pursuit of socially oriented state and ensuring the sustainable and qualitative development of the state system. In addition, Peskov commented on the situation with the indexation of pensions.

Vladimir Putin stated that the proposed amendments are dictated by life. The head of state noted that the country is now in a huge debate, because, in his words, the more people will be involved in this process, the more popular will be the Constitution.

In the working group on the Constitution has allocated to the thematic subgroup, which included the units of “Social issues, science, culture, International law, Federal bodies of legislative and Executive power”, “Judicial power and the Prosecutor’s office” and “single public authority, local self-government”.

To the Constitution offered to enter the concept of “cultural heritage”