Home Breaking Resident of the Moscow region has tried to bring more than 100... 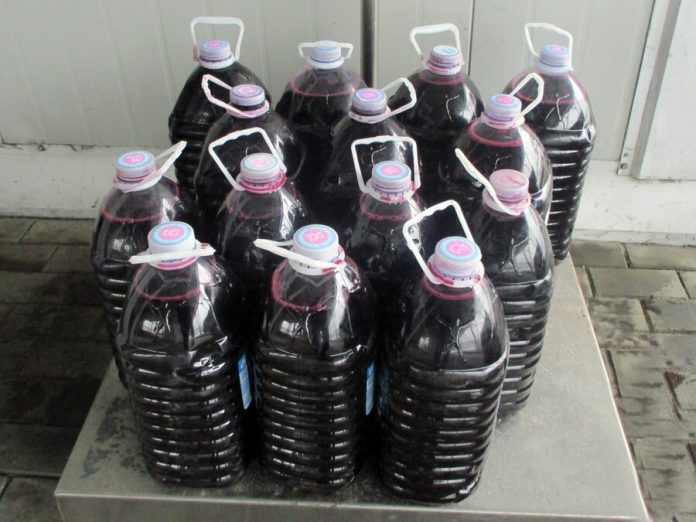 the Resident of Moscow attempted to smuggle from Russia a batch of homemade wine. The total volume of alcoholic beverage amounted to more than 100 litres, which is 21 times higher than the acceptable norm. About it informs the website of the Central customs administration.

“During the search of the van, following from Moldova to Russia, discovered plastic bottles with homemade wine. The driver of the car said that he was taking the alcohol home in the suburbs as a gift to relatives”, – reported on its website.

According to updated figures, the total volume of wine was 105 litres. The Department argued that the resident of the Moscow region were aware of the fact that breaking the law – recently a man was fined for a similar violation.

the press service said that through the customs border of the Eurasian economic Union it is forbidden to carry more than 5 litres of alcohol. However, individuals over the age of 18 can bring in three litres of alcohol without the required Declaration and without paying customs duties.

Shipping more than three liters of alcohol is subject to taxation at the rate of 10 euros per 1 liter in excess.

“a citizen of Russia filed administrative proceedings under article 16.3 (“the prohibitions and (or) restrictions on import of goods”)”, – summarized the acting Deputy chief of Bryansk customs Denis Dadykin.

Previously, the illegal attempt to import 5 million rubles, was stopped at Sheremetyevo. The man showed the funds in the survey on “green corridor”.