Home Entertainment Resuscitator from Italy described the dynamics of the coronavirus: “I’m afraid” 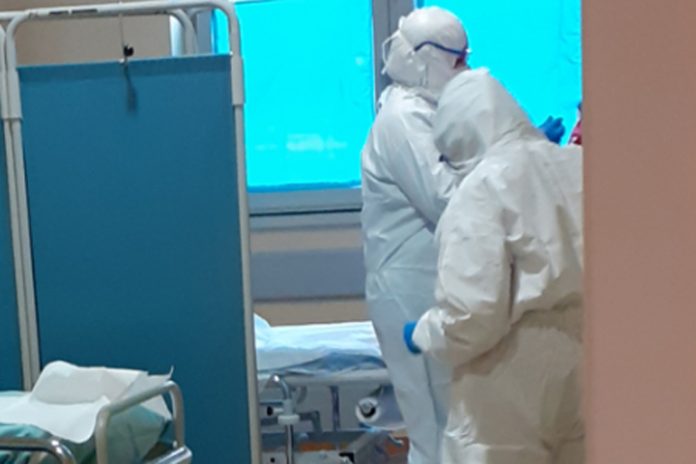 ayut viruses in preparations of a different orientation. Directly on the coronavirus, they do not act, they only reduce the damaging effect on lung tissue. 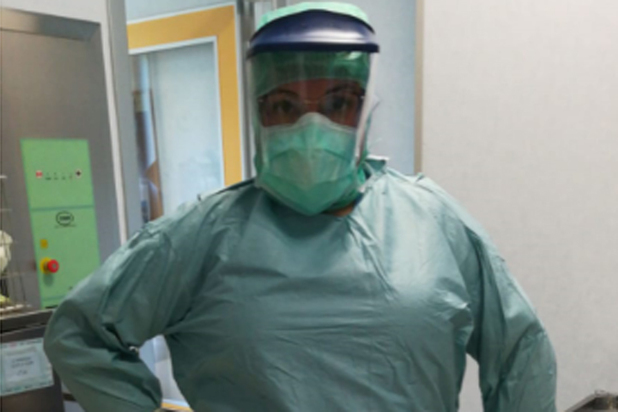 When the virus enters the lungs, the inflammatory response starts that you want to block. In severe disease, a person connected to a respirator to wait for the period when the body will produce antibodies and fight the virus. This happens, you’ll pull through if you have no side diseases.

Quarantine is administered to reduce the incidence wave, stretch it out in time. It is important to allow hospitals to get ready to help all those in need. Italy missed the boat. Now say that in the North of the country hospitals do not have enough sedatives to alleviate suffering before death.

How do you psychologically to work in conditions when you have to choose who to connect to a ventilator, and who is not?

– In our acts kind of prescription that the doctor decide whom to connect to the machine, who is not. The choice remains on the conscience of doctors. I don’t like what I have to decide whom to save. I gave the Hippocratic oath that obligated to save everyone. But in mass disasters to enable the law medicine saving those who have more chances to survive. We did not come up, it’s the old rules that exist in medicine. For me this choice is the worst.

– Not afraid to infect loved ones?

– More like fear. I am sitting in the apartment, and I got the same panic as everyone. Come home, immediately put on a mask. Sitting at a table in the mask. My place is now at the end of the table, the rest sit at the other end.

I Have two children, husband and mother-in-law. They fourth week of sitting of the house. Mother-in-law is 93, we resettled in the divisionFLS to work with a clear conscience, no one will.

– more than Forty physicians has died – this is the official statistics. Mostly community physicians – as they are called in Russia. In our city, recorded one death. The doctor came to the house of the patient with a coronavirus, to look at his throat.

In Bologna the situation is not so critical as in Bergamo. Why do some cities have managed to contain the epidemic, but not in others?

– the Epidemic which began in the North, gave us time to prepare. We have identified hospitals under a coronavirus, has established offices. Interesting fact that the most prepared hospitals were not modern, but the old infectious clinics that have already closed. They were built differently in the pits had a special hood so that the virus nowhere to fly.

Then in the construction of hospitals from the previous rules has receded, because no one thought that the world will be hit by the epidemic. By happy coincidence, in Bologna have not yet managed to destroy the old infectious diseases hospital. It was restored just 10 days.

– of the ventilator in your hospital enough?

– is missing. Do you know why Italy was left without the masks and vehicles? Because we simply did not produce, the supply of masks came from China and India. The machines we ordered in Germany. We were left with nothing when delivery is suspended. Now we have Armani began producing protective gowns, Ferrari stopped building cars and doing breathing apparatus, albeit simple. In Bologna a Professor and an intensive care doctor has invented a “fork” to be able to one ventilator to connect two people.

I heard that if a patient is on a ventilator, then he needs a long recovery…

– The breathing apparatus is a complex system. When we are breathing, the muscles pushing the diaphragm, the air in the intake itself. When the patient is connected to the apparatus, the opposite is happening: the muscles tightened in human air is blown is the pressure inside the chest.

When 15 days a person is on a ventilator, his heart labours, some patients leave after the procedure with profound disabilities. If a young person cope with the load, what will become of the elderly? Recently, one Italian University published his research on this issue. Experts said that 94 percent of people who were connected to the ventilator, safely treated, recovered, but their lungs look like “broken glass” – there is such a term. Patients formed pulmonary fibrosis (the process of formation in the lungs of scar tissue that leads to impaired respiratory function – Ed.). At least 20 percent of normal lung is lost. That’s a lot.

I fear for my child. My daughter – congenital fibrosis of the lung, God forbid, rewarding the child with this virus.

On the ventilator people are 15 days?

– an average of 15 days or more. For ventilator connect in a pinch. First conduct a non-invasive respiratory support: a head wearing a helmet, in which high pressure oxygen is supplied. Horrible procedure. The human head is closed in this helmet. Doctors who survived this procedure, and shared how it was hard for them, they begged my colleagues to give them the anesthesia.

“Let me say goodbye to family, I a few left”

Every day at 18.00 update data for dead in Italy. Looks like a piece from the front today in the battle killed so many people. In our little hospital, I repeat, the situation is more or less calm. So I was on Wednesday sent to another place where there are not enough physicians.

You are afraid to go there?

– Scary. But when I see Boling