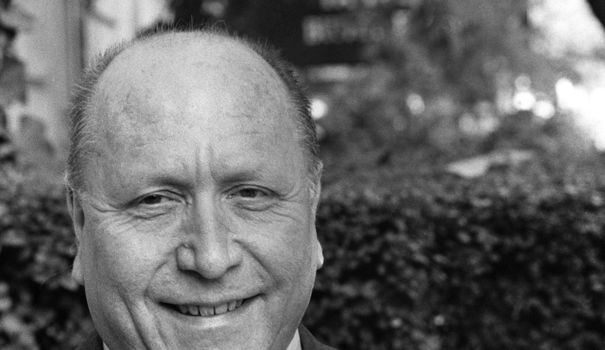 At certain times, be favourable, the technique is regarded as progressive, others as reactionary. In the Sixteenth century, writers, scientists, artists interested in all the techniques. Ponocratès and Gargantua “were going to see how we pulled the metal or how it was the artillery, or were going to see the stone-cutters, goldsmiths and cutters of precious stones, or the alchemists and monoyeurs, or haultelissiers, tissotiers, velotiers, horologiers, miralliers, printers, organists, tinturiers and other such kinds of workers, and, everywhere giving the wine, aprenoient and considéroient the industry and invention of the trades”.

in The Seventeenth century, the literary education is becoming isolated again from the world of work, although this century will be the one who is born of experimentation. In the Eighteenth century, the people of culture are turning back to techniques ; the vocabulary is enriched with thousands of concrete terms, the list is drawn up in the Encyclopedia, this tribute to the professions the most despised. Voltaire is a shame to the French who “made the tournament” while the other nations were inventing the printing press, ice-cream, the proportional compass, telescopes.

in The Nineteenth century, rather, they are the intellectuals of the right who are against the technique, and in the Twentieth, rather the intellectuals of the left. “The stupid Nineteenth century” is due to an author of the extreme right, but this title famous expresses quite well the current feelings of a large part of the left. We will answer that the technique now includes more threats than benefits, and that it can be right to be hesitant about it. It is true, but this was always the case. At the dawn even of the technique, we feel the ambiguity : the printing press and the gunpowder of the other. It would be an error to consider the printing press as the bad, and the powder to canon, such as good, which is too often the case with intelligent Twentieth century. Emotionally, the distrust of the technique is also referred to as condemnation of industrial society. But it is fun to see that this conviction feeds not the desire of a company without any technical thing, moreover, unthinkable, but the nostalgia of the stage of the industrial company immediately prior to the one in which one lives oneself : 1925, 1936, Riquita, the “Pull”, Release.

Recently, Sempé, “guest Sunday” on the second line of the TV, had asked René Ehni coming to talk to of the consumer society. The author of That-will you be doing in November ?” (Gallimard) felt, to hear it, in this society, very unhappy. Capita is 40 km from Paris, it could soon dispense with that car, he said, because the service of the coach, which was of six daily departures ten years ago, was now reduced to one, due to lack of passengers. We “needed” so to Ehni self individual. One can simply observe that require to to have at his disposal six buses is a strange way of refusing the industry.

In the first chapter They have killed Descartes chapter titled “The Illusion of technique”, Gérard Bonnot, shows that the said illusion is to believe that technical progress may be sought or rejected as such. In fact, all important technological advancement, revolutionary progress in basic research. The development level of a mere technical, utility, never exceeds the possibilities of a development and operating within a given state of the science. The industrial revolutions always come from the side where we don’t expect, that is to say, a scientific discovery, responding to a question that the technique does not arise. Scientific thought is, in the beginning, always disinterested, and, on arrival, always effective. It is all the more effective because it has been more selfless, that is to say furthest away from the routines, and the needs apparent at the time, and therefore more able to renew the in-depth knowledge. It is also impossible to predict its ultimate applications that exist.

Bonnot clearly shows, in three exemplary cases, Einstein, Freud, and Pavlov, what are the assumptions initially the most free, the most speculative, that have transformed our daily lives more completely. When Einstein August 2, 1939, wrote to Roosevelt : “Mr. President, some recent work, which were submitted to me in manuscript, lead me to think that the element uranium may become a new and important source of energy in the near future,” when he writes it, he plays a role in which it would have been difficult to imagine thirty-five years ago, at the time of his first articles in the Annals of physics.

If we wanted to ban, I’m not saying the bomb (which is a political act, not a scientist), but his ability, it was then necessary to prohibit any chance the Annals of physics in 1905, and also, subsequently, through the work of Joliot, Fermi, if harmless and abstract parussent-they. Do not write that letter to Roosevelt ? But at the time he wrote, Einstein had every reason to suspect that Heisenberg, who remained in the service of Hitler, was also on the verge of finding a practical process to achieve the chain reaction. In this particular situation, and what situation doesn’t ? Einstein could only encourage the democracies to build the bomb. Moreover, it is illusory to think that it depended on him alone. Too much of a physicistdifferent s drove too much work convergent so we can say that at any time the transition from theory to practice nuclear has been the subject of a decision clear, personal or collective. When one sees the manner in unpredictable, invisible and marginal (and even psychoanalysis or the theory of mendelian heredity), which are born the ideas that transform the world and above all man, it should logically prohibit the science itself, if we judge the technical junk. Technology is an integral part of the knowledge. If it condemns, it must give up the thought : all the rest is childish. But the evil that we impute to the technique is not, in fact, what we might call the great political failures of the Twentieth century, that is to say, our inability to manage human societies.