Home Breaking Russia’s permanent representative to the UN warned against attempts to sabotage the... 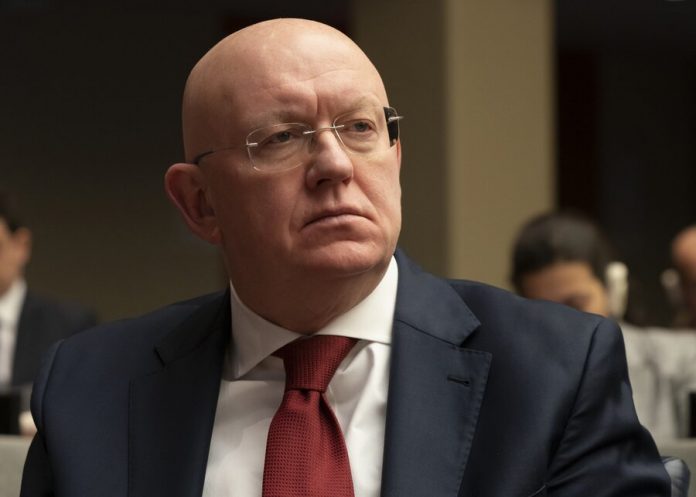 Russia’s permanent representative to the UN, Vasily Nebenzia said that among the Ukrainian officials, there are those who intend to impede the implementation of the Minsk agreements, TASS reported.

He noted that such functionaries, contrary to the “political will” to resolve proclaimed by the President of Ukraine Volodymyr Zelensky.

“Also can not disturb attempts consciously or unconsciously to substitute the Minsk formula bases the settlement of other formats, for example, “Norman”, which, recall, was created to support the implementation of the Minsk agreements,” – said Nebenzia.

He noted that agreements are the only hope of Ukrainians to the world. Nebesa believes that only after the implementation of Kiev will be able to regain the trust of Donbas residents.

this is Russia’s permanent representative to the UN said during his speech at the meeting of the UN Security Council devoted to the Ukrainian question. The meeting was held at the initiative of Russia in connection with the fifth anniversary since the advent of the Minsk agreements.

Earlier in the Donbas there was a clash, which killed one representative of the armed forces of Ukraine and four more were wounded. The Kremlin has expressed the hope soon to find out as many details as possible on the incident.

In connection with the events in the Donbass Vladimir Zelensky called a meeting of the Council of national security and defense.