Home Breaking Saudi Arabia announces an agreement to put an end to the war... 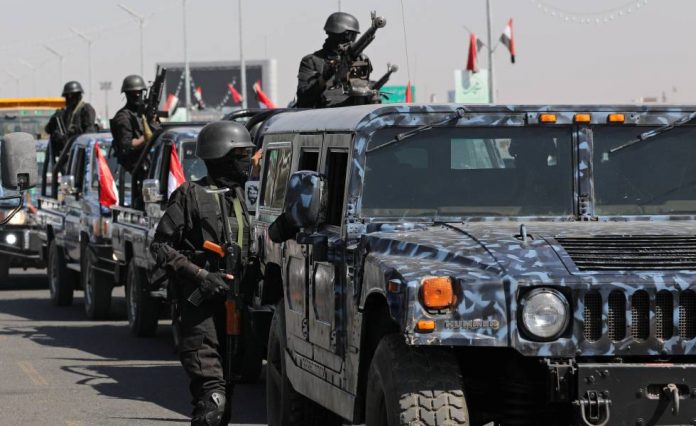 The yemeni Government recognized by the international community has signed this Tuesday in Riyadh a deal to share power with the separatists and end the conflict in the south of Yemen, a secondary front of the civil war that has plagued the arab country. The so-called “covenant of Riyadh” was announced by the crown prince arabia, Mohamed bin Salman, in a message televised. “This agreement opens a new stage of stability, construction and development in Yemen,” said Bin Salman. The UN special envoy to the country, Martin Griffiths, was quick to celebrate the announcement as a “significant step” towards the political resolution of the war.

The saudi arabian television broadcast the signing of the agreement, sponsored by Saudi Arabia, but gave no further details on the same. Sources close to the negotiation contacted by Reuters explained that it is based on a Cabinet reshuffle to accommodate representatives of the separatists, and put the forces of these under government control. Both sides are working together, however, in the war with the rebels, shiite Huthi, against those who fight supported by a military coalition of arab led Saudi Arabia.

Bin Salman, minister of Defense, decided to intervene in Yemen in 2015, but all the air power and the ground support of its neighbor and ally the united Arab Emirates have not been sufficient to drive the rebel Huthi in Sanaa; on the contrary, the Huthi, a shi’a who have the support of Iran, and they control significant parts of territory in the north and west of the country, have been strengthened in the field of battle. Last June, at least 26 people were injured in an attack by Huthi to the airport of Abha, in southwestern Saudi Arabia.

“We’ve done a lot for Yemen and the entire region, we have provided support and assistance to the yemeni people and we will continue with the objective of achieving the aspirations of the yemeni people to regain their country and reach a political solution,” said Bin Salman, in his speech, the only one of the ceremony.

The separatists have the backing of the United Arab Emirates, a key part of the coalition arab, although in the last few weeks have begun to withdraw their troops from the south of Yemen.

last August, the separatists managed to capture the temporal control of Aden, temporary headquarters of the internationally-recognised Government, after a clash with government troops, something that the Executive Hadi denounced as “a coup against the state institutions are legitimate”. In the middle of clashes and demonstrations that occurred then, at least 40 soldiers from the yemeni Army were killed by bombings attributed to the Emirates in the south of the country.

Aden is the headquarter of the Government of Hadi since he was ousted by the rebel Huthi, in the capital, Sana’a, after the outbreak in 2014 in the conflict between the two sides, in which this year, has opened the new front in the south with the secessionist.

Up to 20 million people suffer from food insecurity in Yemen. Of them, 15,9 hungry, 53% of a population that is suffering the worst humanitarian crisis the world faces and the famine daily in a forgotten war, according to a report prepared by the FAO, the United Nations Fund for Children (Unicef) and the World Food Programme (WFP). The World Health Organization (WHO) has repeatedly asked for help to curb the outbreaks of cholera in the country.