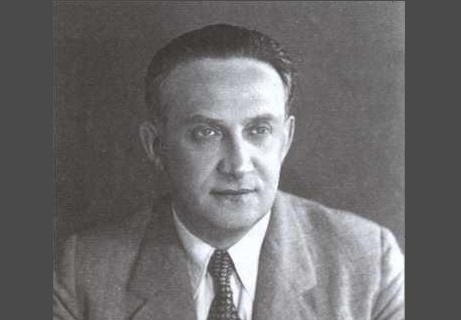 Sergei Shpigelglasa now some historians and journalists call a private “Inquisitor”, Joseph Stalin. Among other things, that Douglas (such was the online alias Shpigelglasa) attributed to participating in operations on liquidation of many of Stalin’s enemies. For example, he was involved in the kidnapping of General Miller, the murder of Skoblina, center and Clemente. But despite all his services to the government, in 1941, Douglas was sentenced to death.

Sergei Speigelglass – a native of Grodno region (Belarus) – born into a Jewish family. His father served as an accountant. Sergei studied at the Polish capital, and after he graduated from the law faculty of Moscow University. Then he was drafted into the army. There he studied in the school of ensigns and took possession of several foreign languages.

In the revolutionary events Speigelglass took an active part. And his efforts did not go unnoticed: the young man was accepted into the ranks of the RCP (b) and was soon appointed head of the financial Department of the Cheka (all-Russian extraordinary Commission). He was included in the so-called “expedition of the cedar”. The latter was the Chairman of the Special Department of the Cheka and created a special unit to detect the counter-revolutionaries and spies among the troops.

In 1922 Speigelglass becomes authorised in the foreign Department of the OGPU. The newly minted officer was immediately sent to Mongolia to recruit, the liquidation of the white guard forces and the creation of special services. In 1936, Sergei Mikhailovich received the post of Deputy head of the foreign Department of the Main Directorate of state security of the NKVD.

Under the pseudonym of Douglas Speigelglass abroad have completed many tasks for elimination of significant figures instraps. He worked in Paris, where in 1937 he was kidnapped by the leader of the White movement General Miller. Some attribute the organization of this operation, agent Naum Eitingon. However, a former intelligence officer Pavel Sudoplatov in his book “the RAID. Lubyanka and the Kremlin. 1930-1950 years” claimed to have led the kidnapping it Speigelglass.

There, in France, in 1937, was eliminated by the former KGB officer, defector Agabekov (born Arutyunov). His body was never found.

Eliminated Speigelglass and Ukrainian nationalists. In 1938, in Holland, was assassinated Yevhen Konovalets. The explosives that caused his death, was in a box of chocolates, which Konovalets gave the above mentioned Sudoplatov. However, the operation was headed by the same Speigelglass.

the Prosecution and punishment

of Course, been Shpigelglasa and failures. For example, the runaway assassination of Leon Trotsky, who warned of the impending attempt on his life. This circumstance, among others, also formed the basis of the charges of Douglas in the Trotskyist conspiracy and in work in other States. In 1941 Speigelglass was executed.

In 1956, after Stalin’s death, the court fully rehabilitated Sergei Shpigelglasa, finding in his business of crime.