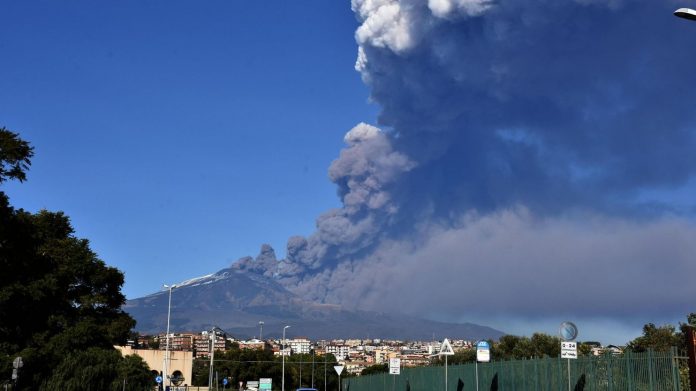 After more than a year, the volcano Etna erupted on Sicily. “The eruption occurred on the side of mount Etna,” said the volcanologist Boris Behncke from the Volcanological Institute of Italy (INGV) to the AFP news Agency. It was the “first lateral eruption for more than ten years, but it does not seem to be dangerous,” said Behncke.

Due to the activity of the volcano it had come since Monday morning to a swarm of quakes, said the INGV. In three hours, 130 shocks had been registered with Strengths of up to 4.0 in the Region.

Due to poor visibility due to the ash emissions, the Italian authorities restricted the air transport part. The airport of Catania on the East coast of the Italian island had to be temporarily closed. The view was to bad to be able to say whether the eruption Lava was, said Behncke. The activities of mount Etna, but would have diminished in the course of the Afternoon. Reports of property damage or injured was not yet available.

The 3,300 metre high mount Etna is the largest active volcano in Europe. Most recently, he was erupted in the spring of 2017. The most recent large outbreak occurred ten years ago.