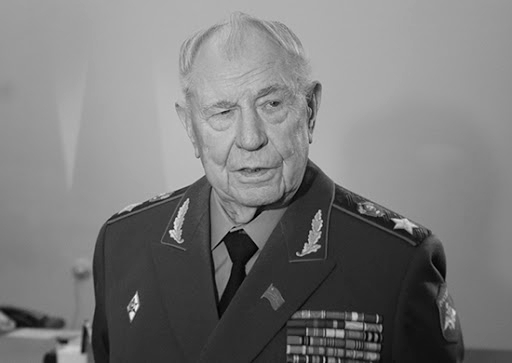 February 25, 2022 became aware of the death of Dmitry Yazov, the last Marshal of the Soviet Union. His life has been full of crazy UPS and downs. After in Soviet times, the path from the Lieutenant of the great Patriotic war to the defense Minister under Gorbachev, after the failure of Yazov’s putsch nearly a year and a half spent in a Moscow prison “Matrosskaya Tishina”.

During the August coup, Dmitry Yazov has played an important role – it was his order to the capital have entered the tanks. “Nightmare on the street Yazov!”, – Muscovites wrote on the walls in those days.

According to the testimony of the assistant of Mikhail Gorbachev, Anatoly Chernyaev, participation in the Yazov coup was a big shock for the President of the USSR, who believed that the old Marshal is capable of that. When it became clear that the case of the coup lost, Yazov on August 21, along with several other conspirators flew to foros, but Gorbachev refused to accept them. Returned from the Crimea with Gorbachev at the same time on another plane, in the night of 22 August, the Minister of defense was arrested at the airport “Vnukovo”. Prosecutor of the Russian Federation Vladimir Stepankov has declared that Yazov is suspected of treason (article 64 of the CCP).

the First three days the captain was kept in the investigative isolator of the city of Kashin, Kalinin oblast, and on 25 August he was transferred to “Matrosskaya Tishina”. In prison Yazov had to spend 498 days.

“from Now on I Zack”

Deprivation of liberty has become a difficult challenge for 67-year-old warlord. In a book of memoirs Yazov “Blows of fate” to the prison routine dedicated a lot of pages.

“the Car drove on a muddy prison yard, I offered to go into one-storey building, had described the Marshal his first minutes in Kashin prison. – Searched thoroughly for a long time wheeled in the hands of the rope, and felt all the seams on the jacket, wrote a receipt on a form separately at his watch and tie clip. Interactionme, I was given zekovskoy baggy pants and a jacket with a stripe on sleeves: “PHI”. Don’t know what it meant, but it was clear that now I’m a prisoner.”

the First night Yazov spent alone, as he recalled in “heavy and gloomy thoughts.” The next morning they brought to him a cellmate who was presented by son-in-law of Pyotr Masherov, the first Secretary of the Communist party of Belarus. Yazov assumed that this man was a “sitting duck” operatives.

“All night, full of fire”

transferred to “Matrosskaya Tishina” Yazov appeared in eight cell, one neighbor thought it was suspicious to him. In the future, the Marshal has settled and other inmates, each of which sought to extract the conversations valuable information for the investigation.

a Few months continued the interrogation, but they were “no fouls.” More, apparently, yesterday’s coup oppressed prison orders. As sung by prisoners in Taganka, in “sailor’s silence” have not extinguished the light – the night was burning red lamp that Yazov was compared with a bull’s eye. To go to sleep, Marshall covered the lamp with paper, but the major-the observer then tore it. Sleep Yazov had on uncomfortable bunk beds made out of pipes.

the Marshal recalled that guarded the members of the emergency Committee loyal to the Yeltsin regime special forces, which were imported “in shifts” from different regions of the country – each batch for three months. However, contrary to the calculations of the Russian leadership, many of the guards after a month of tying up a friendly relationship with protected.

listening to the radio in the “Matrosskaya Tishina” were restricted, the press was only available to the newspaper “Izvestia”. However, Yazov remained aware of all major political events.

In December 1991, the former defence Minister was convicted in Lithuania for the participation in the Vilnius events of January 1991. However, in Russia he legally remained only the accused, the volume of the criminal case against the members of the emergency Committee, which was read Yazov in “sailor’s silence”, was 140 volumes. To read, he recalled how the Marshal is verydilos eight hours a day and more.

January 25, 1993, Yazov was transferred to the hospital of the interior Ministry. During the trial, he was at home under house arrest. On 23 February 1994 the State Duma of the first convocation announced an Amnesty for members of the emergency Committee. Subsequently, the Marshal explained that if the example of General varennikova Valentine would have refused the Amnesty, he would be liable for damage to the tanks of the asphalt in Moscow.