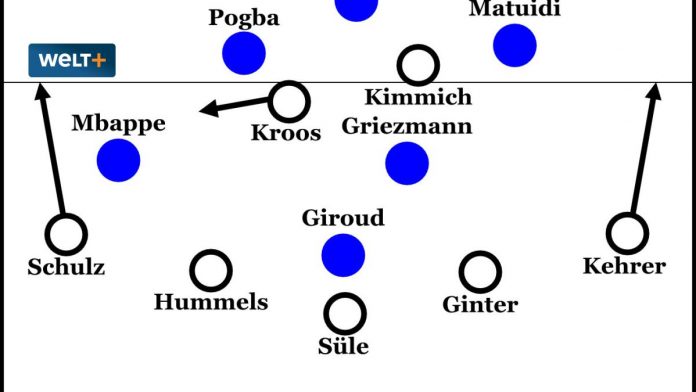 the second big problem is the box next to the attack, Löw against France went on the defensive hedging. Against the Netherlands, Germany acted in their own 4-3-3 System once again much too careless in the game to the front. The full-backs advanced, the midfield also. Mats Hummels and Jerome Boateng had to solve countless Counterattacks alone. The pace was missing.

Against France Löw took the change of system. And the had a noticeably positive impact.