Home Breaking Tanks Chernyakhovsky against the “people’s Grenadier”: what ended the first assault of... 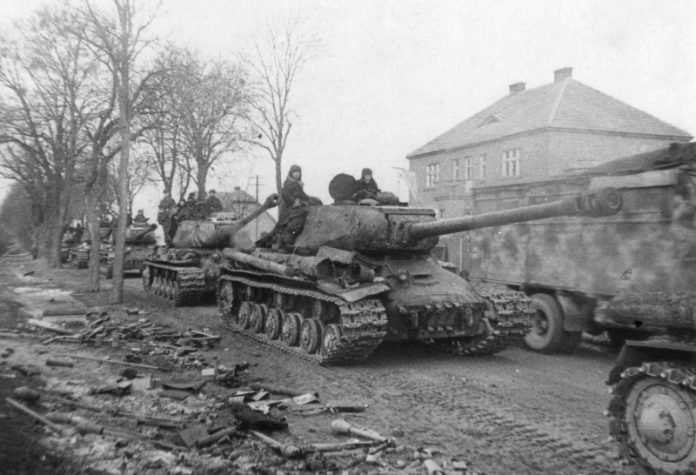 History 25/03/20 Tanks Chernyakhovsky against the “people’s Grenadier”: what ended the first assault on East Prussia

About East Prussian operation in 1945, particularly about the assault of Koenigsberg, was written much. And that’s about it, that in the autumn of 1944, the troops under the command of Chernyakhovsky’s already tried to defeat the group of the Wehrmacht in East Prussia — write is extremely rare.

After the end of the operation “Bagration” our troops are very close to the borders of East Prussia. And it wasn’t Poland or Romania, it was a real Third Reich. East Prussia the Soviet newspaper was called not only as a stronghold of German militarism. While the troops of the three Baltic fronts smashed in Courland army group “North”, and the 1st and the 2nd Belorussian front was preparing to attack Poland, the troops of the 3rd Belorussian front, General Chernyakhovsky was instructed to take Konigsberg.

the Soviet leadership hoped that after the losses incurred, in a short time the Wehrmacht had the ability to create in East Prussia a strong defense and it will be able to break through almost immediately. However, it is “almost immediately” meant the accumulation of considerable forces and means. Army inflicts major blow (5-and 11 guards) were well-equipped. Although the division of the red Army by that time already had a chronic shortage of personnel (the average was about 7,000 people), but according to the war diary of the 11th guards, 5th, 31st and 28th armies, but they were all fully stocked with all the provisions of weapons and considerably intensified tanks, artillery and engineering units.

So all three corps (nine divisions) 11th guards army was reinforced tank brigades, tank and self-propelled artillery regiments. Only 11 guards were 193 and 105 tank destroyer. The 5th army had 209 tanks and 141 ACS. Most new tanks were T-34-85 and is-2, and only skyolsha number of lend-lease “Sherman” and “Valentine”.

Every corps of the 11th army received a reinforcement of assault engineer-sapper battalion, had flamethrower tanks and tanks-sweepers.

1st air army was ready to support the troops 1360 combat aircraft, including fighter 492 and 502 of the attack.

Contrary to the assumptions of the Soviet leadership, to defend the Germans were prepared. To the construction of fortifications came the population of East Prussia, the terrain itself was extremely difficult to attack, and it is also completely mined. And the troops the Germans could muster. So on the part of the stroke of the 11th army, they waited three well-equipped people’s Grenadier division, also considerably reinforced by armored vehicles.

What is people’s Grenadier division (Volksgrenadier-Division) of the Wehrmacht in the Soviet Union were constantly confused. Depending on the situation, because of the similarity of names, they could be attributed to the militia “Volkssturm” (Volkssturm) and to consider weak with elderly and children. On the other hand, they could be confused with bonegrinders divisions (Panzergrenadier-Division) and regarded as almost completely Packed with vehicles.

Formed in the fall of 1944 the people’s Grenadier division was an attempt by the German leadership to create a stronger than normal infantry, combined arms. The staff were, possibly more experienced, staff differed, although not significantly. The most notable difference was the appearance in the artillery regiment of field guns (before the Wehrmacht was only howitzers) and infantry battalions, two platoons were armed with automatic rifles (“shturmgevera”).

Opposing the Soviet troops of the division had 468 8649 to 12 and from 22 to 29 assault guns. In addition, it was givenabout three brigades of assault guns. Grenadiers were ready to support the 103rd tank brigade (33 “Panther”) and the 505 th tank battalion (40 “Royal Tigers). Total was 253 units of armored vehicles.

To the border of East Prussia

the offensive began on 16 October with a powerful artillery and air preparation. German cutting edge was treated with 80 bombers PE-2 and 500 Il-2.

Good examples are tanks, vessels, which both done the passages in minefields covered armor that followed the infantry and suppressed the guns of the surviving gun emplacements of the Germans. As noted in his work “ISA” and “thirty” against German tank ambushes” Alexander Polishchuk and Andrei Ulanov, the experience of the Soviet troops increased substantially. Meeting nepokalenow defense, our troops, instead of trying to attack head-on, causing artillery and aircraft.

However, to break through the German defense did not work. The grenadiers retreated, snapped counterattacks, pulled up reserves. Although the first day of the offensive the Germans lost more than one hundred thirty tanks and assault guns (the loss of personnel is unknown), but the Soviet offensive was going at a snail’s pace.

Only 18 of October, our troops reached the state border. To October 20, troops of the 11th guards army had advanced 30 km (the rest of the army front not moving), to break through the defense and did not work, “people’s grenadiers” every time retreated and took up the defense on the new frontier, the front was a huge curved arc.

Counterattack of the Wehrmacht

October 20 was introduced the 2nd guards tank corps of General Burdeyny — 210 T-34-85 and 42 ACS, half of which SU-85. It was planned that the building would be to build on the success after the breakthrough, but the defense was not broken and to finish her breakthrough had been by the tank. Which led to greater losses: down left on the first day, 45 tanks and self-propelled guns.

By 22 October, the Germans brought up reserves for counterattack: 5 Panzer division, motorsoundth division “Hermann göring” and the Grenadier brigade of the “Führer”. According to Karl-Heinz Freezer (in his work “The Eastern Front 1943-1944”) in total of these troops had 77 tanks and assault guns 39. He is also commander of the 11th army, General K. N. Galitsky in his memoirs an estimate of the number of German tanks in 160-180 units.

as a result of the German shock, our troops suffered significant losses, by the evening of 22 October in case of the General Burdeyny left 98 30 tanks and SAU. The busy town of Goldap had to leave.

the Strength of Soviet troops were exhausted, the attack cost us 79 527 people (16 of them killed 819) and from October 23, the 3rd Belorussian front to halt the offensive in most areas and 30 fully moved to defense. It was clear that the assault on East Prussia need more effort and more preparation. And Chernyakhovsky’s troops began to prepare for a new offensive.