Home Breaking The 76th anniversary of liberation of Leningrad: salute 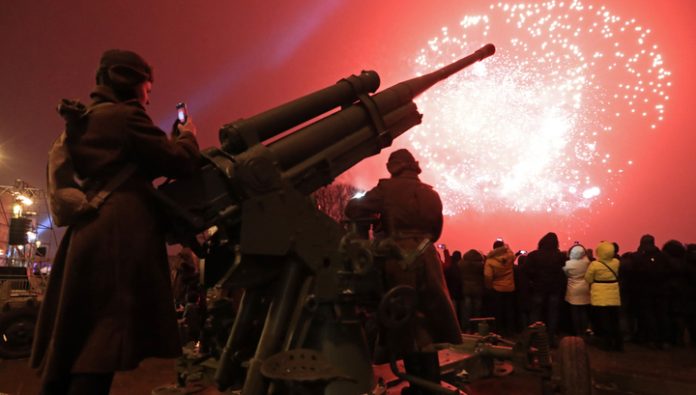 Commemorative events marking the 76th anniversary of the complete lifting of the blockade of Leningrad, held in the Northern capital.

the City, during the war, were besieged for almost 900 days, they persevered and did not give up, despite the hunger and the bombing and the courage of its inhabitants and defenders.

the memory of the victims on Monday held at the Piskarevskoye memorial. The flowers were carried to the graves on the Theological, Smolensk and Nevsky cemetery. Veterans and blockade survivors of that terrible time, shared memories.

Important date dedicated to a midday shot from Naryshkin Bastion of the Peter and Paul fortress. And in the evening was a salute of 30 volleys in honor of the heroes of defense.