Home Breaking The car contaminants will pay 2 euros a day by driving on... 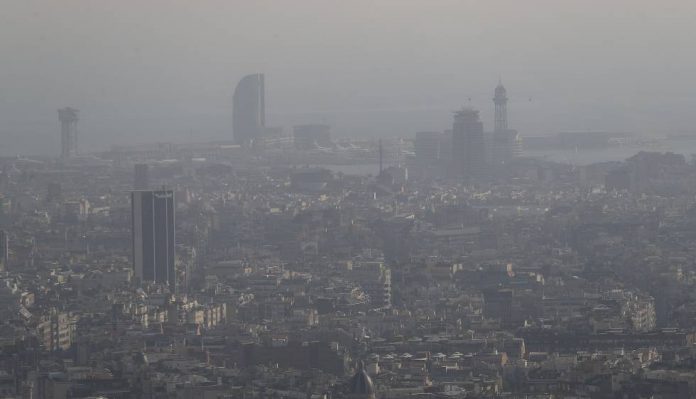 drivers of vehicles without the label of the environmental Directorate-General of Traffic (DGT) must pay two euros and get a prior authorization if you want to circulate a working day between 7 and 20 hours for the Area of Low Emissions (ZBE) the scope of the Rounds of Barcelona from 1 January 2022. The plenum of the Consell Metropolità has approved on Tuesday ordinances tax for the next year, including this rate, which sets a maximum of ten authorizations per year to move through the ZBE for this type of vehicle.

in Addition, drivers with low incomes will have a discount. The entity metropolitan has detailed that the owners of vehicles without a badge certifying the income of the family unit inferior to the double of the Public Income Indicator of Multiple Effects (Iprem) in effect pay just half a euro. In addition, the authorizations will be free for those who have an income below the Iprem –below the 538 euros– plus 10% of the Iprem in force. All of them must register in the Registry Metropolitan.

The measure also provides that the owners of foreign vehicles that have thought to transit through the restricted area to pay five euros to register in the Registry database for Metropolitan and check if they meet the conditions (in the case they do not also pay two euros per day).

The vice-president of Mobility, Transport and Sostenibiliad the Metropolitan Area of Barcelona (AMB), Antonio Poveda, has said that the rate will fund the cost of creating this record and process the authorizations of access and circulation to the ZBE, and has underlined that all the vehicles –with distinctive or not– should be recorded.

The Consell Metropolità has also initially approved the ordinance in the tax regulatory of the Rate of Metropolitan Waste Treatment (TMTR), managed by the AMB, and that provides for a linear increase in the amount of 5% from 1 January 2022. This fee, paid by households and businesses, will be increased by the increase in the canon of the final disposition of the Agència de Residus de Catalunya (ARC), which has risen 14% over the previous year, and the AMB has stressed that the TMTR only covers 85% of the cost of waste treatment.

it has Also been approved provisionally the amendment of the tax regulations governing the tribute to metropolitan (TR), which involves a change in the tax rate (which applies to the amount that the citizen already pays for the property tax (IBI), and happens to be the 0,160% in 2019 to the 0,169% in 2022.

Finally, the same full has given the green light to the descent of the 4,95% in the tariff of drinking water that will enter into force on the 1 January 2022, which is expected to benefit 2.8 million users in 23 municipalities managed by Aigües de Barcelona.