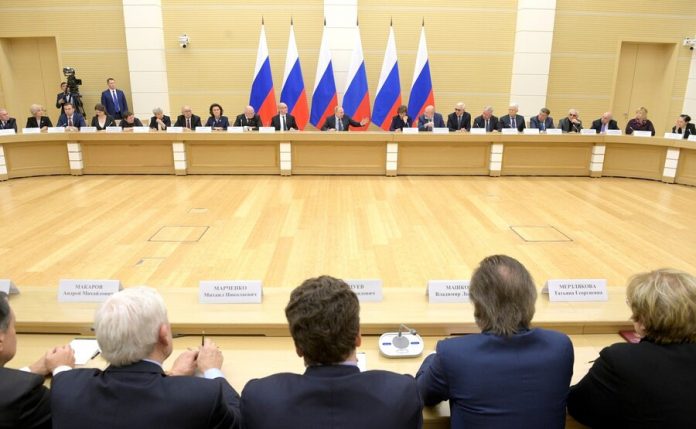 Vladimir Putin is not against enshrining the possibility of finding Federal authorities outside Moscow.

Chairman of the Legislative Assembly of the Primorsky territory Alexander Roller considers that article 70 of the Constitution of the Russian Federation should be supplemented with a rule that the residence of individual Federal bodies of state power may be another city other than Moscow. In his opinion, it is necessary to improve the organization of public authority.

According to the President, this provision is already in force in the country. “We have a constitutional court located in St. Petersburg, we want the Supreme court to transfer. Exactly here, in order to spread out the Central authorities”, – quotes its TASS.

the Head of state added that the judicial system can be “slightly separated” from the large flow of money, “which in Moscow is spinning”.

in addition, Putin supported the idea of amending the Constitution of the Russian Federation of the prohibition on alienation of Russian territory. Lawyers will have to articulate it properly, he said.

At the meeting with the working group on preparation of amendments to the Constitution the President also stressed that, while he remains head of state, the concept of “parent 1” and “parent 2” in Russia will not appear. The Russian leader believes that it is necessary to define the concept of marriage as the Union of a man and woman. However, with the definition of the family he urged to be careful as there are single-parent families.