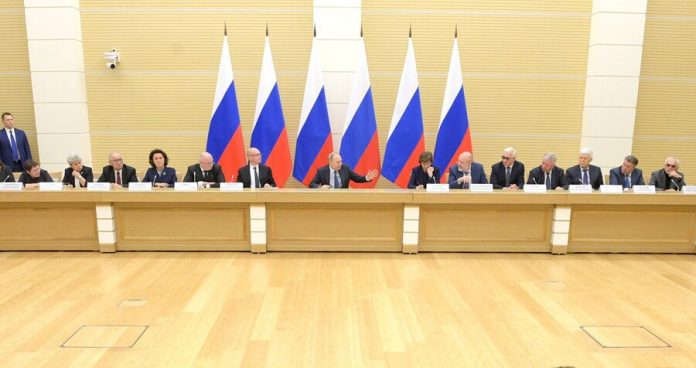 the working group proposes to enshrine in the Constitution the immunity of former presidents. As reported by RIA Novosti, said the head of the Duma Committee on state construction and legislation Pavel Krasheninnikov.

“that spoke today including regarding integrity. The President of the Russian Federation, has ceased execution of the powers, possesses inviolability, we have it. It is also stated that other guarantees can be provided in accordance with Federal law. This too we discussed and this is also the amendment exists,” said the co-chair of the working group.

he Also said that the Constitution can be amended, according to which the Russian President will have the right to dissolve the state Duma if it does not approve more than a third of the Cabinet.

“there was a norm that says that if not approved by more than a third of the Cabinet, the President may dissolve the State Duma and appoint new elections. I pay attention to is the new norm,” said Krasheninnikov.

In late January, the working group on the Constitution has allocated to the thematic subgroup, which included the units of “Social issues, science, culture”, “International law”, “Federal the legislative and Executive power”, “Judicial power and the Prosecutor’s office” and “single public authority, local self-government”.