Home Crime “The corpse was put in a corridor, they escaped” 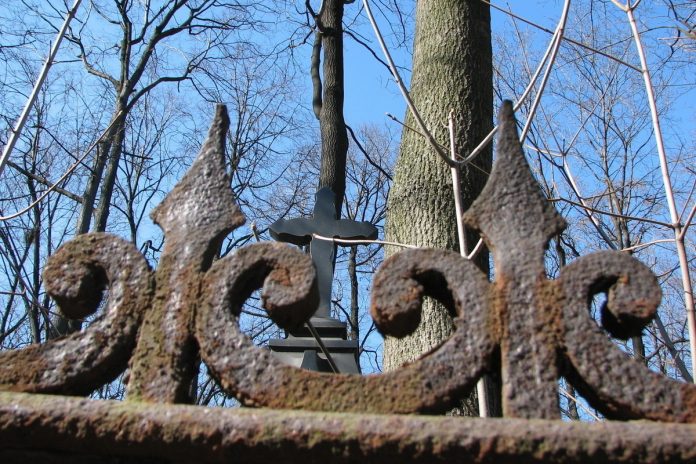 Children of the late Anna Polishchuk Olga Tutova Ternopil shared with reporters details of his father’s funeral. Neither to put the body in the coffin, not put the coffin on the bus, nor to dig the grave wishing in his native village not found. Digging the grave had son-in-law of the deceased, the mayor of Monastyryska, Vice-extent of the district and the Chairman of the village Council of Kovalivka.

68-year-old Paul left this world on the morning of 25 March in Ternopil infectious diseases hospital.

– Called from the hospital my sister said to go by your own transport, with the coffin and took the body, – said Anna Polishchuk. I went with my sister and her husband. Dad’s body we were given in a black plastic bag. This package was very heavy, it is not powerful enough to raise even the most burly man. My husband pulled it along the ground. And suddenly this package dropped into his hands!..

None of the staff at the hospital tried to help put the body in the coffin. Somehow relatives with it.

Next, the body had yet to convey to the minibus.

– please help – no one responds – weeping, continues Anna Polishchuk. We volocom the coffin on the ground, boards crumble because of rubbing on the asphalt. Came to us for help only after we called the head physician of infectious hospital. A man, fully dressed in a protective suit, he began in a stentorian voice to reproach us that we do not, relatives have to do this, and sanitary inspection.

When Paul was brought to his native village none of the villagers agreed to dig a grave for him!

he placed the body in a wet primer, the mayor of Monastyryska, his Deputy, the Chairman of the Board of agriculture and son of the deceased. Olga Tutova would like to highlight a mobile phone, since it was already quite dark, and the pit somehow had to cover the earth.

By the end of the second day since the burial of an old man nor his daughter nor his son-in-law were not good enough to make the analysis on presence in the body of coronavirus infection. Recognizing that the risk of Contracting coronavirus ROCRastede and after death, the head of the Ternopil regional health Department Vladimir Bogaychuk has promised to test the relatives of the deceased. But not immediately. Say, now all forces are thrown on rescue of the medical staff Monastyrysky hospital. Those who have a laboratory has confirmed the presence of COVID-19, after the transfer of the 68-year-old Paul in a regional center as if nothing had happened continued to receive other patients.

According to the estimates of Ternopil police, most of these contact persons in the region, there are already more than 3,000 people. If coronavirus “to show” at least a third of them, in the Ternopil region will not be enough beds to treat them.

Read also: “were you in Italy, I’m not interested in”: peculiarities of Donbass quarantine