Home Breaking The court sentenced the defendants in the case “Network” 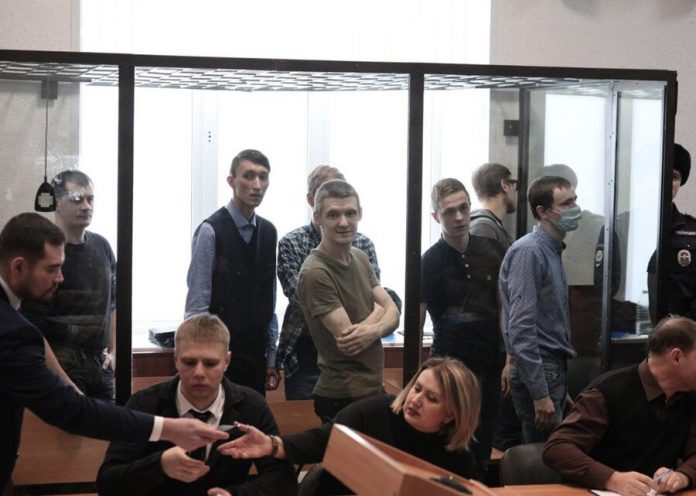 Volga district military court in Penza has sentenced seven defendants in the case of terrorist community Network. Prisoners received from 6 to 18 years in prison, reports TASS.

“to Assign a final punishment in the form Pchelintsev 18 years of strict regime colony. Shaturskom to appoint finally 16 years with punishment serving in a colony with the penalty in 50 thousand roubles”, – has read a verdict judge.

14 years of strict regime colony got Chernov, Ivankina was sentenced to 13 years, Kulkov received 10 years of imprisonment, Kuksov will stay in the colony 9 years, Sagynbaev – 6 years.

Interregional terrorist organization “the Network” was created in the year 2016, it included cells in the Penza, Moscow and Saint-Petersburg.

According to the investigation, participants of criminal community have developed a Charter for the organization, trained with weapons, planning an attack on law enforcement officers and public institutions.

Earlier, the FSB, jointly with the interior Ministry detained in Moscow, five members of the banned in Russia international terrorist organization “Islamic state” (IG). They were preparing to commit terrorist acts.

During searches of the suspects found means of communication with instructions from the emissaries. Has also been discovered belonging to the bandits hideout, which seized a Kalashnikov, a Makarov pistol, ammunition and an improvised explosive device.

last year, the security services exposed in Russia 78 cells of international terrorists. The terrorist crimes also apply to recruitment to terrorist organizations, public calls for terrorism, hostage-taking and so on. According to him, the coordinated work of the security forces prevented the vast majority of terrorist activity and prevent terrorist attacks.