Home Breaking The crash of Tu-104 in Pushkin: how killed 16 Soviet admirals 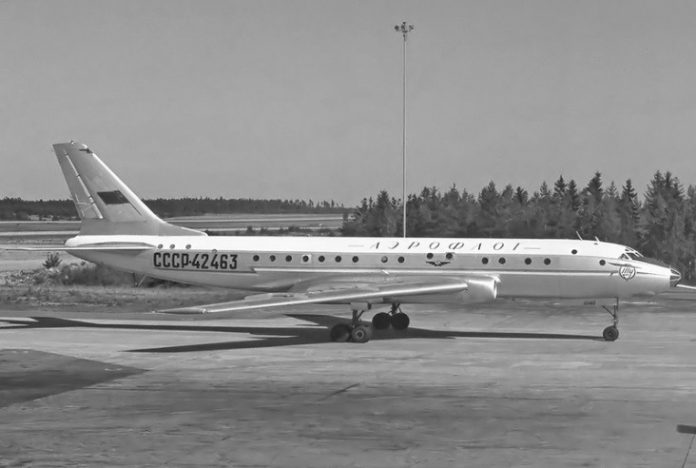 In February 1981 in the vicinity of the city of Pushkin, Leningrad region there was a terrible plane crash: crashed EN route flight to Khabarovsk and Vladivostok Tu-104, on Board of which was the Supreme command of the Pacific fleet, led by Admiral Emil Spiridonov. What was the cause of the tragedy?

In those February days in 1981 in Leningrad gathered command of all the fleets of the country, including the Pacific (PF). Before the naval commander was required to conduct a command post exercise.

the Event lasted about a week, the results were summed up on February 7. The best was the command of the Pacific fleet. On the same day, the sailors turned to walk back to the far East.

At 16:02, in terms of snowfall, the Tu-104 with the admirals on Board took to the runway, started to climb and took off. After eight seconds, the plane reached an altitude of 50 meters, then the car lurched down and hit the ground. The last that was able to parse during decoding of black boxes, was heart-rending cry from the Navigator: “Where!”.

following the fall of the explosion did not leave any chance to survive the six crew members and 44 senior passengers. Among them was the commander of the Pacific fleet, Admiral Emil Spiridonov, head of the political administration of the Pacific fleet Vice-Admiral Vladimir Sabaneev, the commanders of the fleet, chief of staff, commander of naval aviation and other higher officer ranks. Died 16 admirals and generals and captains of the first, second and third grades.

Near the crash site, the rescuers found the sole survivor after the fall of Lieutenant Valentina Zubareva. However, the officer died on the way to the hospital.

After the disaster of the Pacific fleet of the USSR was basically without leadership that threatened paralysis of governance and the coordination of such a huge structure and, as a consequence, a sharp decline in combat readiness. The senior military leadership of the country led joint Navy on high alert and were feverishly appointed to the vacant post of officers of a lower rank.

the accident Investigation was supervised personally by the Minister of defence of the USSR Marshal Dmitry Ustinov. From the very beginning of the investigation established the state Commission considered the possibility of sabotage of the enemy. Also it has been suggested that the incident is a terrorist act, which could organize a loner.

a variant of the sabotage was considered carefully. Contributed to a difficult foreign policy situation: a few years ago ended the Sino-Vietnamese war. Not the last role in the defeat of Beijing played the Pacific fleet, which supplied assistance to Vietnam.

did Not decrease the level of tension in relations with the United States. By the time the Soviet Union already waged war in Afghanistan. At that time Washington considered the possibility of the delivery of marine units in the regions of the Indian sea and then throw in Afghanistan. To stop these plans could only TOF.

But the version of outside interference quickly disappeared when it became clear the real circumstances of the fatal flight. Shortly before the accident the commander of crew of the Tu-104 Colonel Anatoly inulin addressed to the political Department of the Pacific fleet with the request to pay attention to violations committed by top officers of the Pacific fleet. However, the persistent requests of the pilot was prognozirovanii.

as a result, the investigators found, preparing for takeoff the plane was chock-full of scarce goods, appliances, heavy paper rolls, and even a massive safes of classified documents. In the opinion of the investigation Commission, during the takeoff run of the aircraft loose cargo shifted to the rear of the machine, which led to the loss of its stability in the air and fall to the ground.

In favor of this version say the testimony of a VIon of the witnesses. According to him, the tail of the plane has sharply gone down, the car was in the air the shape of “cross” and then in a vertical position collapsed to the ground.

the Victims of the naval commanders was buried at St. Seraphim cemetery in Leningrad. Last may the admirals walked the entire city on the Neva.