Home Breaking The defense of Ana Julia Quezada requested a repeat of the trial... 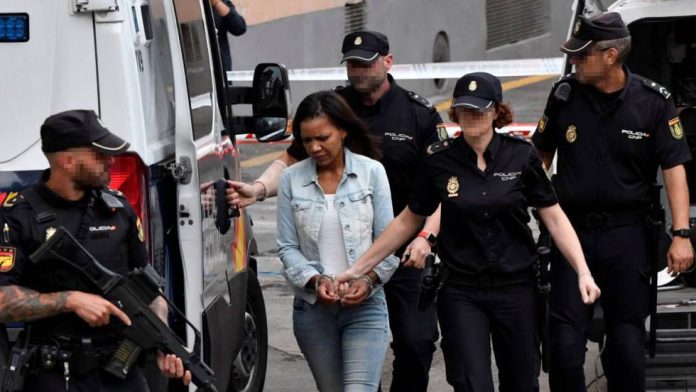 The legal defense of Ana Julia Quezada, the first woman sentenced to permanent prison revisable for the murder of Gabriel Cruz in Níjar (Almería), has requested the retrial. His lawyer, Esteban Hernandez Thiel, has filed an appeal before the high Court of Justice of Andalusia (TSJA) in which you ask for the process to repeat with a court professional. The past month of September was a jury, made up of seven women and two men, the one who judged the facts and pleaded guilty to Quezada of a crime of murder with premeditation, two of injury-psychic, and the other two against moral integrity.

“In cases like this, as media, would have to assess whether it is more suitable that a court professional to assess the facts and, although it is also not impervious to pressure, he assumes his professionalism,” explained Hernandez Thiel. The lawyer has pointed out, in addition to the “meticulous, often biased and partial police investigation and journalism”, with details that are “mixed” about the past of the accused, which “attached to the publicity of its cause, was a previous “demonization” that, “virtually any citizen, including those called to judge, to be immune”.

During the trial, the judge president of the event, Alejandra Dodero, asked the members of the jury that they had left out “all kinds of feelings” and acting for your work “with professionalism”. However, for the lawyer, the judge “was unable to avoid incurring in bias at the time of giving instructions to the jury” when it began to make its verdict, a decision that was finally taken after 24 hours of deliberations and that included premeditation in the death of little Gabriel at the hands of Quezada. According to Hernandez, there are “defects in the construction of the object of verdict” —consists of 20 pages that included 142 questions—, what from your point of view violates “the right to a fair trial”, as contained in the written, consulted by Europa Press and advance for The Voice of Almeria.

The lawyer also believes that once the jury received these “instructions” by the judge before retiring to deliberate, was “necessarily, doomed to be proven the existence of malice very surprising postulated by the accusations”. “The jury will not be offered more alternative” or “is not explained properly about the possibility of aggravating a minor criminality”, reflects the appeal to the TSJA. All this, according to his view, with the aim of punishing the acts with the maximum penalty, the permanent prison revisable. For this reason, Hernandez Thiel’s request, in case it finds finally that malice, that this is for “powerlessness”, which would lead to a reduction of the sentence of imprisonment.

The defense Quezada also asks that the conviction for the crime of injuries, mental and moral integrity —for which he was sentenced to eight years and three months in prison additional— to be removed, among other reasons, because “they pose a double conviction for the same facts”. The first, the lawyer emphasizes that the woman “never had a behavior humiliating, or vexing” to the parents. The second, he says that did not form an “autonomous” or “direct intent” to injure the child’s parents and that his only goal during the 13-day search of Gabriel in the vicinity of Níjar, was “hide what happened.” Also stresses that the injury psychic of a parent is compounded every time the media publish news or commentary on the facts and that the impact “was not caused by Ana Julia”.

Hernandez Thiel also insists that the action of the woman “was not premeditated, but, on the contrary, evidently impromptu”, because otherwise “it would have acted differently”, both to cause the death of a child of eight years to hide the body, “more safely” and “not in the family farmhouse and into a pit of only 10 centimeters of depth.” Is the version the own Ana Julia Quezada gave at the trial: “I just covered the mouth, do not want to hurt him. I just wanted him to shut up. Not wanted to kill the child,” he said.

In the event that the TSJA not estimate the claims initial to cancel and repeat the trial, the defence of Ana Julia Quezada requests that in its judgment take into account the mitigating circumstance of confession or confession late, as well as of rapture, compromise or other state of passion of entity such.