Home Breaking 25 minutes to steal 1.5 million and two years to flee from... 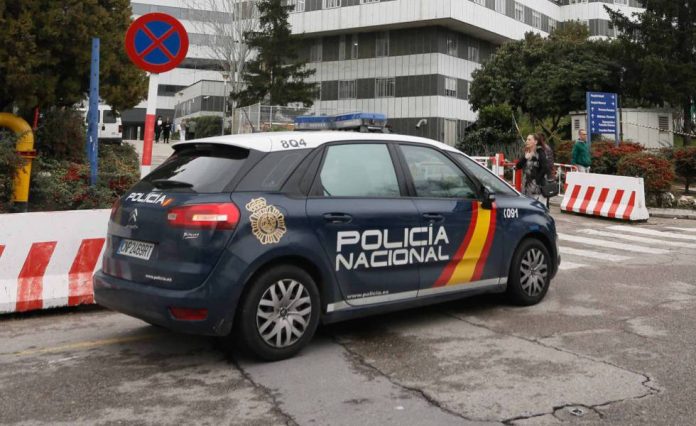 Three bags and 25 minutes. Not made you lack much more to the three thieves of Gibraltar to steal to 30,000 banknotes of 50 euros, prepared in 300 bundles tied with a gomilla. Or what is the same, 1.5 million euros, a June 21, 2017, were wiped out a company of sale of tobacco in one of the biggest robberies of the history of the Rock. Two of the cacos were eventually arrested and one seemed to vanish. Until two years later has ended up arrested when he tried to flee to Morocco for the maritime border Fare.

The story of robbery and escape of this british citizen of 29 years who has not transcended its identity has ended when he tried to flee to Morocco on the ferry from Tarifa. October 24, agents of the National Police recognized him as one of the fugitives that are listed in the databases of Interpol and proceeded to his arrest in the puestro border. It was identified that, in 2017, he has committed the violent robbery that desvalijó the facilities of the company New Harbours Industrial Estate Gibraltar, just when its interior was the son of the owner and three employees.

The now arrested and two buddies more not required over 25 minutes to perpetrate his coup. Crept into the business with their faces covered with masks, armed with compressed air guns and armed with a backpack and two briefcases. Thieves attacked security personnel, and reduced all the workers that were found. Then, they charged € 500,000 in each bag and left the place shortly before the employees managed to escape and alert the Royal Gibraltar Police.

The Police will arrest the perpetrators of the assault on the hospital of The Line in which released a narco First big heist in Gibraltar: 10 million pesetas to a van military

it was Not until July 1, 2017, nine days after the event, when the agents got to give with those involved in the case. In the house of one of the involved found 500,000 euros in banknotes of 50 prepared in bundles and inside one of the bags that were used for the theft. It was the only thing that has been able to recover from the robbery, as was demonstrated in the trial held in the Supreme Court of Gibraltar for the past month of August.

Then, on the bench of the defendants, only sat two of the authors of the theft. Rachid Behdaoui, 53 years of age, and Samir Douaoui, 29 years of age. The presence of both in the place of the facts was proved by DNA that appeared in some of the tickets, as in a cap that is left forgotten in the facilities, according to the chronicle of the trial that in its day, told a local newspaper, Gibraltar Chronicle.

Behdaoui, considered one of the architects of the theft, ended up sentenced to eight years and five months and his partner, Douaoui, to three years and two months, as a co-worker needed the same. The two were benefited by collaborating with the Justice and recognize what happened. The president of the court, Anthony Edward Dudley, came to the conclusion that both had participated in a theft perfectly planned out, now it is, “the greatest holdup of the history of Gibraltar”, as said by the judge during the session.

The case came to trial after that Gibraltar was not capable of giving with the third involved in the acts, against which he pushed for an international order of search and arrest. Just two months after the Supreme Court announced its ruling, the leak of the alleged thief has come to its end. He faces a charge of felony robbery with a weapon, punishable also by imprisonment. More than two years after the robbery of 1.5 million euros in 25 minutes, the suspect, who is in prison at the disposal of the National Audience, you must now explain, among other things, what was of those two-thirds of the booty that never have come to appear.