Home Breaking The “dirty” time in the history of Europe 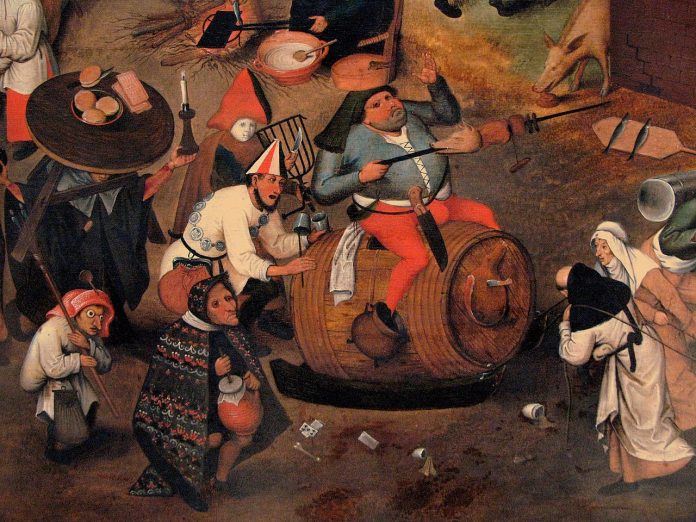 Contrary to popular belief, not the middle Ages, namely the early modern period (XV-XVIII centuries) has become the dirtiest in the history of Europe. By modern standards, the Europeans lived in completely unsanitary conditions, so much so that the question of whether there will be due to dirt any disease, was completely unnecessary. Another disease due to the lack of hygiene was in every man’s life is absolutely inevitable.

By the time the New Roman baths used in the middle Ages, the Europeans were thoroughly forgotten. In the Middle ages bathed, even the monks, and the bathhouse was considered to be ordinary craftsmen. Built and new baths. Another thing is the XV-XVIII century. The Arab traveler Ahmad Ibn Fadlan wrote that the Europeans — “the dirtiest of the creations of Allah and are not cleaned of excrement”, that really there to talk about hand washing (the Muslims at that time were regularly washed). The fact that wash was considered at that time not very useful in religious terms, it was common to many superstitions (for example, they say, immoral bathing reveals the man to Satan, leads to depraved acts, seduces men, etc.). In addition, at the time often simply not enough clean and warm water. To hide the stench of noble ladies abundantly watered himself spirits, and the clothes people changed only when the stench from it was unbearable.

Historian Catherine Arenburg in “the Dirt, to be clear, unsanitary history” (The Dirt on Clean: An Unsanitized History) argues that the lack of sanitation reached its peak in the XVII century, when cities were already quite large (tens of thousands of people), but they still live without the public baths, the culture of regular bathing, water and sewage, detergents etc. the Slops were thrown directly into the streets.

according to Ashenburg, even the Frenchth aristocrat of the XVII century under the concept of “being clean” means only the following: every day to change linen shirt (they are often used as underwear) and briefly dip the hands in water. But soap or water to the body he didn’t touch. And apparently, the incense was enough to this level of purity was considered acceptable. In the end, “where there is stink, no smell.” People are just used to the dirt and the smell of sweat, and it seemed to be the norm. Most likely, the stench is not even particularly noticed — exactly the same as a heavy smoker does not feel the smell of tobacco smoke from other smokers.
In all this mud, in addition to the superstitions, there were many objective reasons, to overcome which left the XIX and XX century.

besides, the cruel war, “price revolution” and the rise in the cost of wood in the XVII century, greatly worsened the situation with hygiene: for the sake of building cities and fleets, the Europeans have cut down a lot of forests, so the price of fuel, of course, increased. And people prefer to neglect costly and also suspicious, from the perspective of spiritual safety, cleanliness. By the way, in some areas (Germany, Switzerland, Netherlands) people do not wash themselves, but carefully monitor the cleanliness of the houses and even streets, and the characteristic habit of purity is preserved in the small towns of these countries to the present day.