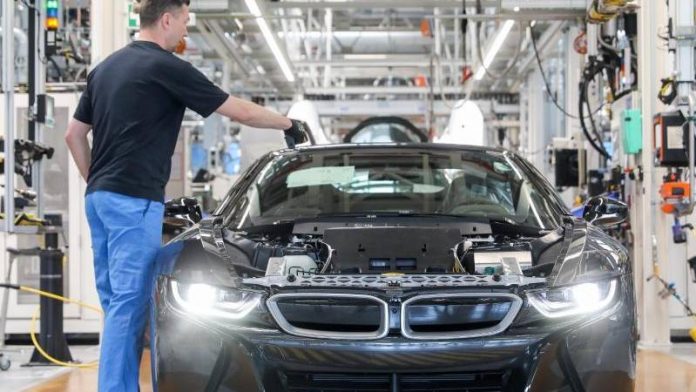 BMW gets for the construction of electric cars in the Leipzig plant less subsidies as requested. The European court of justice (ECJ) dismissed an appeal by BMW, and the free state of Saxony against the EU-Commission is final.

The Federal Republic wanted to pay BMW € 45 million aid, the EU Commission, however, approved only 17 million. This sum could be paid to the car maker, according to the judgment, the judges in Luxembourg now, said a BMW spokesman in Munich.

The Federal Republic of Germany had the planned investment allowance already signed in 2010 in Brussels. BMW wanted to invest 392 million euros in production facilities for the construction of the electric car i3 and the Hybrid sports car i8 with an electric motor and a petrol engine.

Brussels, however, decided in July 2014 – the two cars were running from the Band, to promote the regional development of 17 million euros would be acceptable. This corresponds to the difference in cost between Munich and Leipzig in the planning, investment, production, and logistics. A subsidy of € 45 million would distort competition.

BMW has estimated its cost of investment at the site in Leipzig, however, to 46 million higher than at the Munich site and complained. In the first instance, the European court rejected the suit in 2017. The judgment of the European court of justice (ECJ) is now the last word, however, there is no legal remedy is possible.

BMW has now invested over two billion Euro in the Leipzig plant. The 5300 employees are building four models – the small 1 – and 2-he, the i3 and the i8. Last year around 245 000 cars were running in Leipzig of the Band.

Reuters topics in this article, ECJ, BMW Leipzig subsidy Munich electric car, EU Commission, Luxembourg, Brussels, the car must be New in business London tenants pay EUR 112,000 penalty, because he has rented out his Council flat on Airbnb display star travel worlds Sicily in the spring with flight and half Board from € 899,- tourism of The German armed forces the most visited cities in the world, consumers are more Attractive, and more money for apprentices and families – the changes in the August recalls and product warnings Salmonella and Cadmium: the Bowl gets a variety of dog snacks back in DPA cancellations and delays In heat and all: So I want to fight against interference and better DPA will be an Expensive promise of a 30-year guarantee? As the pan manufacturer Le Creuset had a customer hang a Curious property That is not a Ufo but a detached house of merit-Check What can a garbage man earn? Real estate family plans with 84,000 euros baukinder money and time to come out Of Lawrence Wolf-Doettinchem Strict rules, they are millionaires and live in a WG – to be even richer 40 new Levels Mahjong – play for free Now! Play Iconic plastic boxes of Brownie Wise invented the Tupperware Party – then it was placed in front of the door Of Gernot Kramper In South Korea, six-year-old Youtube Star buys house for more than seven million euros, F. Behrendt: The Guru of Serenity tastes When summer to the earlier half of sales, Nestlé scores by Starbucks-Deal – but less water-DPA housing market, Our author sold reported: This mass visit was a nightmare 50 products “Öko-Test” finds questionable ingredients in men’s shower gel Code of the personnel Department of the Ten formulations in the work of testimony, not nice content, are meant to Check What a cleaning lady deserves? Future in the Job world of work in transition: Who wants to lead in future personnel need these skills 5 tips for apartment seekers, this is my landlord Allowed to? So you don’t fall into the data trap