Home Breaking The failures in the response of the fire rose the fire victims... 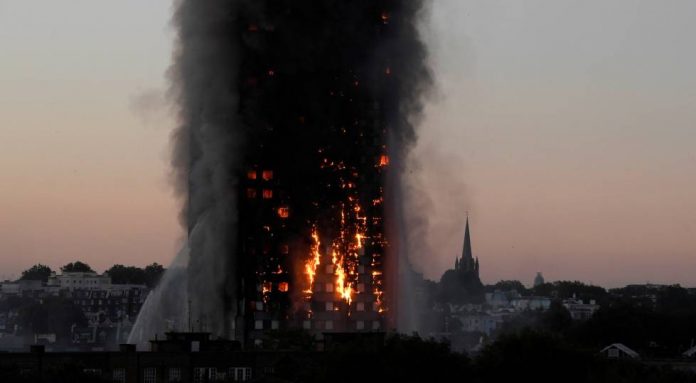 A public inquiry into the fire that destroyed the tower, Grenfell, London, and caused the death of 71 people in June 2017, has concluded that the failures in the response and the organization of the fire department resulted in the number of victims.

The fire was the deadliest in a residential building in the Uk since the Second World War and caused a strong shock in the country which did not stop to question how a block of social housing had become a deadly trap. In response to the tragedy followed several days of protests against the policies that have deepened social inequalities.

The first phase of the public inquiry led by a retired judge Martin Moore-Bick considered in detail the sequence of events recorded in the tower, 23 floor, in the evening of June 14, 2017. Other issues, such as the problems of design and maintenance of the tower or the security standards will be addressed in the next phase.

According to the report, released Tuesday by the british media a day before its official publication, the origin of the fire was in a refrigerator of an apartment located on the fourth floor. The flames spread quickly through the tower, mainly because it had been covered in a remodeling with a coating of aluminum flammable that acted as fuel.

Moore-Bick praised the “extraordinary courage” of the firefighters, some of whom climbed the burning building to help residents escape. However, reporting a series of failures in the organization and training of fire chiefs to address a fire of the size that destroyed the tower.

The procedures were not adequate and were committed serious mistakes that night. Notable among these is the report that the perpetrators of the fire were slow to act, while there were calls to emergency phone numbers and the residents in the tower waiting for rescue. If he had taken the decision to evacuate the building an hour before, there would have been fewer deaths, he says.

Moore-Bick criticized as insensitive to the testimony of the chief of fire brigade, Dany Cotton, who said he would not change the response to the loss. “Firefighters in London are an institution at risk of not learning the lessons of the fire of the tower Grenfell “, has written the judge.

Cotton, who previously announced plans to retire, has not made comments. A spokesman of the Fire brigade of London said that it would be inappropriate to comment on the report before its official publication. Matt Wrack, union representative, asked that it not be turned Cotton into a scapegoat because the fire was the result of multiple failures in the long-term, committed by successive governments.