Home Politics The first Russian aircraft flew out to Serbia to help in the... 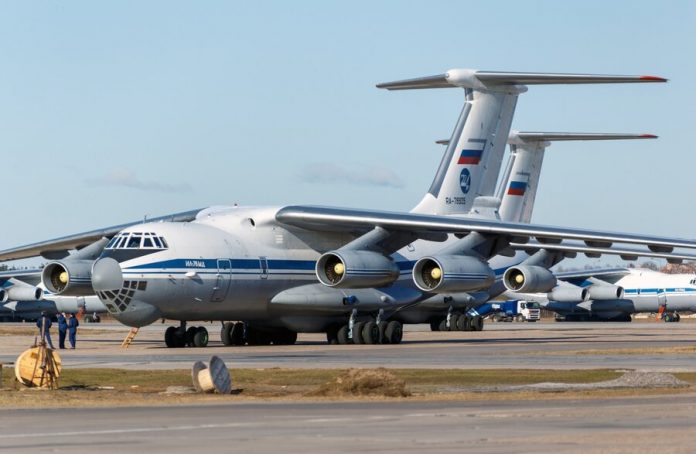 the First two Il-76 aircraft of the aerospace defence forces of Russia flew to Serbia to help in the fight against the threat of the spread of coronavirus, reports TASS.

the Transport took off from the airfield Chkalovsky. It will send to Serbia, a group of military specialists, virologists and epidemiologists. Also on Board is a modern medical equipment that will help the Serbs in the fight against the pandemic COVID-19.

At the moment at the Chkalovsky airfield are eight medical and nursing teams, equipped with the latest equipment, and also squad experts NBC. The latter are in possession of modern means for disinfection of objects and territories.

Aviation group established by the Minister of defence of Russia Sergey Shoigu on behalf of the President of Russia Vladimir Putin. This is due to the official request of Serbia with the Russian Federation. On 2 April, Putin held a telephone conversation with the head of the state of Serbia Aleksandar Vucic, which has promised to provide humanitarian assistance for fight against COVID-19.

on March 19 the President of Serbia announced the termination of movement across the boundary of the state on March 20. Before that between Russia and Serbia to stop the traffic.

According to the latest who data, in Serbia discovered 1171 human, infected with a coronavirus. 31 patients died of a disease caused by the infection. About recovered at the moment there is no information.

Serbia introduced a state of emergency because of coronaviruses Russia returned almost 4 thousands of Russians from nine countries for a day Plot:the Coronavirus COVID-19