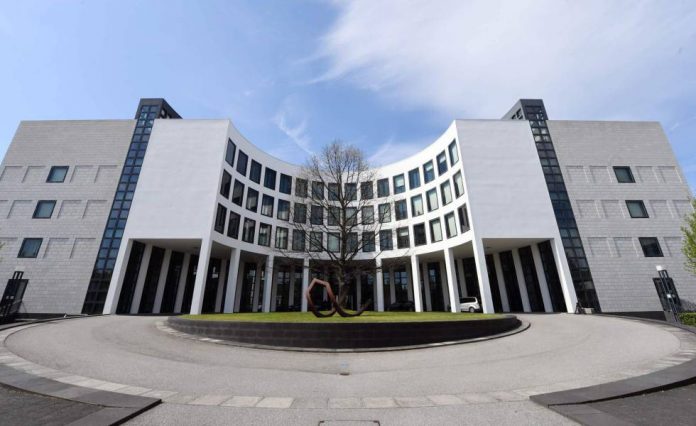 The German Prosecution has requested the allocation of two senior officials of the syrian regime for crimes against humanity, opening a legal process pioneer of universal justice. It is of two former officials of the secret services syrian accused of being complicit in systematic torture against thousands of opponents to the regime in jails syrians between 2011 and 2012, according to the Attorney General in a note. The trial, the first in the world against alleged torturers, could start in Germany at the beginning of 2022, it has been assured by phone Patrick Kroker, one of the lawyers involved in the case.

this is how to build the case against the Asad regime Detained in Germany two members of the syrian regime, accused of crimes against humanity

“Now the case moves to the court of Koblenz has to decide whether there will be judgment. I think that’s going to come out ahead,” says Anwar al-Bunni, a leading human rights lawyer sirius and one of the lawyers who have driven the four cases for which the German justice investigates to 27 senior officials of the regime of Damascus. In Sweden are 25 and in Austria 24. Announces that in November, they will open a new case in Norway.

At a refugee center

The lawyer Anwar al-Bunni told that when he came to Germany as a refugee in 2014, coincided with one of the accused, Anwar R. in the reception centre. Immediately recognized, because Al-Bunni had been arrested before the war in a prison in Damascus, in which operated Anwar R. His activities as an activist in defense of human rights, at the cost of repression, and finally the exile. “We ignore each other. At that time no one was thinking that they would have to answer to justice,” he explains by phone. The German authorities knew full well who I was, because the request for asylum had been told that he was a deserter.

little by Little were coming testimonies of victims to the office of the Prosecutor, collected among others by Al-Bunni, who was also called to testify. Many of the syrian refugees that he stopped in Germany knew Al-Bunni because he was a known advocate of political prisoners in Syria, and the voice ran between the diaspora, when they learned that collecting testimonials.

The other defendant, Eyad A. Came last year when the investigation was already underway. He explained to the German authorities who he was and included in the case.

The Prosecutor’s office explains that, at least since April 2011, the syrian regime cracked down all the critical activities of the opposition with brutal force. Syrian intelligence services had played an essential role,” he says. The goal, he continues, was to use the intelligence services to stop the movement of protest and intimidate the population.

In other countries, such as Sweden, France or Austria, there are investigations underway for cases of torture committed by officials of the syrian regime, but it is the first time there is an imputation in Europe for thousands of cases of abuse in detention centres, says Kroker, who works at the European Center for Human and Constitutional Rights (ECCHR). The court must still decide if there is a trial, which could expand for more than a year, calculated to the lawyer, who explains that this case has gone forward thanks to the system of universal justice German, which does not require that the victim or the assailant have German nationality.

The presence of hundreds of thousands of syrian refugees in Germany has facilitated in addition to the location of witnesses and survivors of torture. “This process in Germany gives us hope, even if we have to wait a long time or if tomorrow or the day after tomorrow nothing happens. The fact that you continue to move forward, gives us survivors hope in the justice. I am prepared to testify,” says a syrian national, a victim of torture in the detention centre of Al-Khatib, in interview by ECCHR. A total of 14 people have testified before the office of the German federal police. In total, half a hundred victims have testified in the various investigations in Europe by the torture of the syrian regime.

Both defendants were arrested last February in Germany, where they arrived as asylum seekers. One of the accused is Anwar R., accused of crimes against humanity. Was head of a research department, a dependent of one of the detention centres. Between April of 2011 and the beginning of September 2012, “at least 4,000 prisoners suffered brutal torture on the part of the employees during interrogations.”

At least 58 people died during interrogation as a result of torture. The detainees, according to the Prosecution, were beaten with sticks, cables, whips and pipes, among other instruments of torture. Also received electric shocks. Some of the detainees were hung from the ceiling with their wrists tied and beat them while they were in that position. They threatened to torture his family and prevented them from sleeping for several days in a row. There was, in addition, at least one case of rape.

The conditions of detention, continues the Prosecutor’s office, were inhumane. It was denying access to a medical doctor and I locked them in cells that are overcrowded, where they could not even sit or lie down. Consider Anwar R. oversaw and ordered the use of systematic torture, in addition to having knowledge of the deaths, were the result of violence and abuse.

Eyad A. , who worked in the same unit that Anwar R. allowed, according to the Prosecution, the torture of at least 30 people. The accused travelled in the bus with dozens of opposition detainees from Duma, on the southeast of Syria, which had sparked the protests against the Asad regime. The protesters ended up imprisoned and tortured at the detention center, overseeing Anwar R. The two defendants belong to the department responsible for security in the area 251.

In a case parallel, in the past year, the German public Prosecutor issued an international arrest warrant against Jamil Hassan, a leading member of the syrian regime and a close associate of Bashar al-Assad. Hassan, the director of the Intelligence department of the air force syrian, is accused of crimes against humanity.