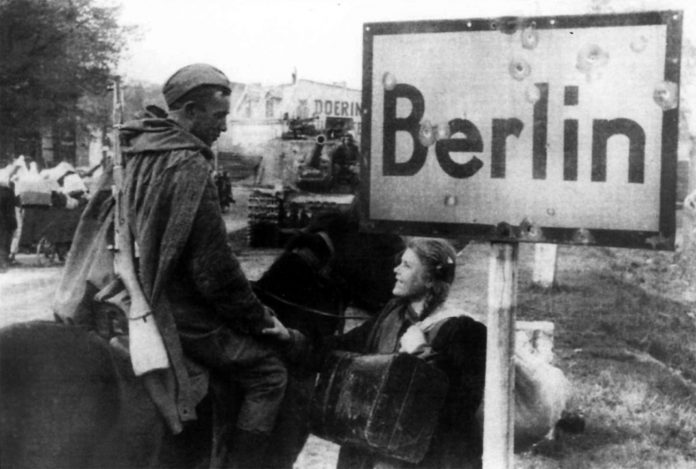 As noted by the chief editor of the military publishing Sergei Kulichkin, “the most important attribute which determines the whole course of the First world” was that “from the first to the last hour the main aspect of fighting for Germany was the Western front. It was there, on the Western theater, was to decide the course and outcome of the war, primarily in the fields of France.” Largely for this reason, the phrase “world war” in relation to the First world war and did not take root in Russia.

But the war of our country with Nazi Germany (1941-1945) had every reason to be called the great Patriotic war. It is important not to mix it with the Second world war (1939-1945), in which it was held. By the way, the term “Second world war”, according to many researchers, were first used in the United States, after the country in December 1941 declared war on Japan.

This text during the day Levitan repeated 9 times. After the first performance Levitan at 12:15 Soviet citizens addressed the Minister of foreign Affairs Vyacheslav Molotov. From the text of the message was clearwhat the Soviet government calls the war on “domestic”

“At the time of the Napoleon’s invasion of Russia our people responded Patriotic war, and Napoleon suffered defeat and met his doom. The same will happen with Hitler, announced a new campaign against our country. The red Army and our whole people will again wage victorious war for the Motherland, for honor, for freedom.”

on 25 June 1941 the phrase “Great Patriotic war” was the title of an article in the newspaper “Izvestia”. The day before the text of the speech of Molotov, published in the newspaper “Pravda”, were the expression of “the Patriotic war”. Tellingly, while the word “domestic” wrote in small letters. Another option, “the Great war”, appeared in Stalin’s radio address to the nation on 3 July 1941.

later, in the Newspapers and on the radio the words “great” and “domestic” will often not be used together against the war. At first they were not a General term, and was part of the other cliche: “people’s sacred war”, the “sacred national war,” “victorious Patriotic war”.

For turning the phrase “world war II” in stable expression took almost a year. May 20, 1942 with the establishment of the Order of the Patriotic war I and II degree was formalized and the term. The awards were introduced by Stalin, who in February 1942 ordered the creation of medals to honor persons of ordinary and commanding composition, particularly distinguished themselves in the fighting.

In other countries there were also names associated with the Second world war. So, in England the war of the Soviet Union with Germany was called “Eastern front”, in Finland after its accession to the countries of the “Axis” military conflict with the Soviet Union was called a war-a continuation, in Japan towards war against the US and allies have used the phrase “Pacific Theatre of war”, the Americans called “the War in the Pacific”. Fighting the Anglo-American coalition on the European continent is traditionally referred to as the “Western front”. In Germany the war with the USSR was called differently: “German-Soviet” (for example the German-Polish war of 1939), the “Russian March” and in Catholic circles the “European crusade”.