Home Breaking The Kremlin reacted to the reports about the possible resignation of the... 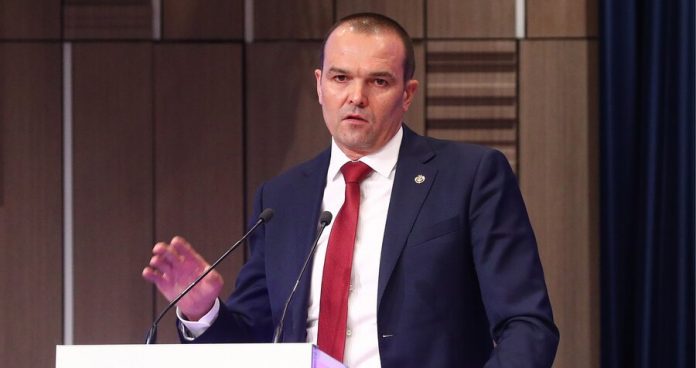 currently, the decree about resignation of the head of Chuvashia Mikhail Ignatyev no. This statement was made by press Secretary of Russian President Dmitry Peskov, reports TASS.

“I Can only say that at the moment such decree no. As you know, personnel decisions, we will never announce”, – he stressed.

Earlier in the media appeared information about the possible dismissal of Ignatiev. It was explained that the head of the region will leave his post next week. In a press-service of the Governor of the Chuvash Republic said that they did not have such information.

January 18, Ignatiev had to apologize for his call “wet” critics of the government journalists. According to him, it meant those people who call themselves journalists, but are solely for the purpose at discrediting the government.

Later, Ignatiev forced the emergency workers to jump over the keys to new fire engines, which the Governor raised high above his head. The incident received wide public publicity.

In a press-service of the Governor explained that Ignatiev was personally familiar with the fire and the events were perceived only positively. In turn, the head of the Ministry of emergency situations Evgeny Senichev called this behavior unacceptable of the head of the Chuvash Republic.

Committee of the party “United Russia” on ethics unanimously recommended to exclude Ignatiev from the party for violating ethical standards.