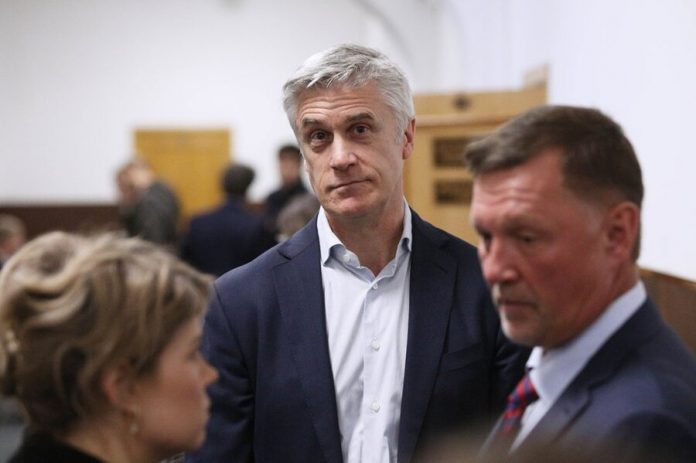 the Moscow city court extended until may 13, 2023 the term of house arrest of the founder of the investment Fund Baring Vostok Michael Calvey and partner of the Fund industry in the financial sector Philip Delpal. About it reports Agency “Moscow”.

Under house arrest are also the former Chairman of Board of Bank “the East” Alex Cordycep former Director of investment Bank Alexander Tsakunov.

the partner of the company Vahan Abgaryan, Director of investments Ivan Zyuzin and General Director NAO “the First kollektorskoe Bureau” (PKB), Maxim Vladimirov in custody. In January, the court extended the term of arrest until February 13.

Initially, all defendants were charged with fraudulent embezzlement from the Bank 2.5 billion rubles. However, in December of last year the consequence retrained charge on embezzlement.

the Bank “East” and its owners were in the spotlight in February after the arrest of the founder of Baring Vostok Michael Calvey and five other people. Investigators believe that the company Calvey took a loan of 2.5 billion rubles.

to Pay the loan Calvey decided by the shares of the company IFTG. The leadership of the “East” he said that these papers are worth three billion rubles. However, their real price was only 600 thousand rubles.

Baring is one of the largest players on Russian market of direct investments. The Fund is part of the shareholders of OZON, “Coswell”, Etalon Group, Gett, “ER-Telecom”, “Novomet”, Bank “East” and others.