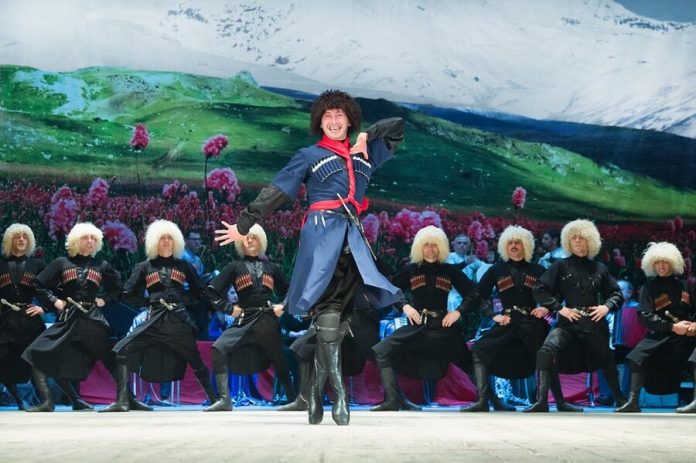 dance Ensemble “Elbrus” and the Astrakhan song and dance ensemble will present a music and dance show on the stage of the Svetlanov hall of the House of music on February 21.

each of the ensembles – bright creative biography. The ensemble “Elbrus” appeared in 1988; thanks to the consummate skill of the dancers, he became widely known not only in Russia but also abroad, becoming a laureate folklore competitions and festivals in Spain and Turkey. The Astrakhan state ensemble of song and dance, created in 2008, consists of three creative groups: choral, dance and instrumental. The band’s repertoire – songs and dances of different peoples.

“the Astrakhan region and Karachay-Cherkessia, the multi – national regions with a rich culture and tradition, and it unites us. I am glad that we met and became friends even more,” – said the head of “Elbrus” Ismail Bairamkulov.

“Business card” teams – Lezgian, Nogai and Cossack dance dances will be the basis of this amazing on the scale of the festival of friendship of peoples at the House of music.