Home Breaking The netherlands supports the death in 2015 of 70 civilians in Iraq... 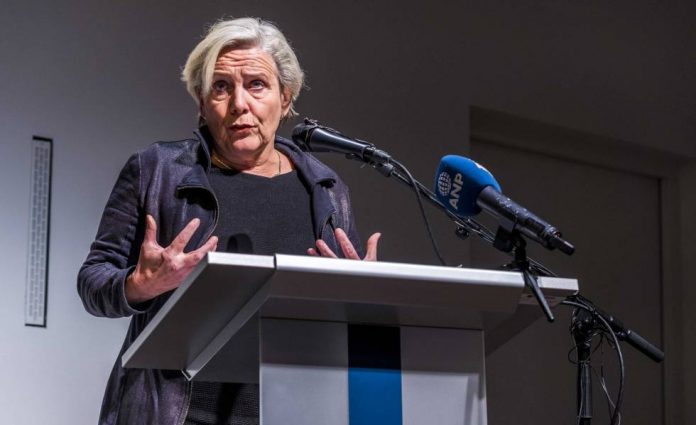 The Dutch Ministry of Defence has admitted this Monday that one of its planes F-16 caused the June 3, 2015 the death of 70 civilians in Hawija, a town in the north of Iraq, during a bombing raid against a bomb-making factory in the Islamic State (ISIS, for its acronym in English). The air attack was executed in the framework of the international coalition that is leading the united States against the jihadists, and caused a series of explosions in a chain that reduced the area to rubble. This is the first time that the Dutch Government acknowledges the facts, after that Ank Bijleveld, minister of Defense, will avoid being prompted in October. Its predecessor, Jeanine Hennis, assured the Parliament that there were no civilian casualties caused by military Dutch.

Four dead in the attack of protesters iraqis to the Consulate of iran in Kerbala, the voices of the protest in Baghdad

The current minister, Bijleveld, has not only admitted that the information submitted in 2015 to the Parliament was wrong. In the letter sent now to the deputies acknowledge that if well calculated that there were people around the ammunition factory, “the Defense knew that something had gone wrong immediately after the attack”. “The pilot of an F-16 conducted an assessment of the damage in battle, and he saw that there was in nature collateral [the civilian deaths] is not intentional”. The united states also investigated what happened, and reported back to Holland on the 15th of June -12 days after the fact— of the 70 low. Despite this, the then minister, Hennis, told the Dutch Parliament that there were no deaths among the population.

His successor has qualified now error such attitude. “Although they never inform you about the military operations, for security issues, Defense already knew at that time that the americans took the dead among the population. It is very bitter, because we always try to avoid fallen civilians, but it was a war scenario and cannot be excluded all the risks,” says Bijleveld. A second Dutch attack against the supposed headquarters of ISIS, performed in the iraqi city of Mosul, killed four members of the same family on the 21st of September 2015. Jeanine Hennis is now special envoy of the UN secretary-general for mission support in Iraq, and has declined to comment.

The Dutch Parliament has reacted with surprise and Groen Links, the game ecologist, in the opposition, has demanded the attendance of the ministers of Defense and Foreign. The liberals of the left and right, both in the current centre-right coalition also have called for a debate “because the safety of our troops must be compatible with the transparency”, say its spokesmen. The missions of the F-16 in Dutch in Iraq and east of Syria, “where they attacked vehicles, warehouses and weapons of ISIS, was completed in December 2018,” according to sources of Defense.