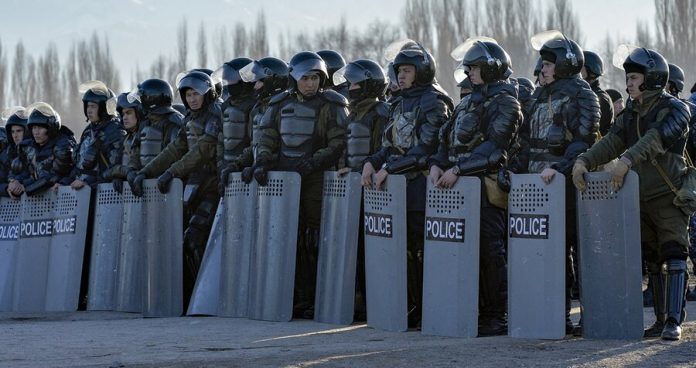 the Number of dead as a result of mass riots in the South of Kazakhstan has increased to 10 people, said the TV channel “Khabar 24”.

“the Number of victims of the riots in Kordai district of Zhambyl region has increased to 10 people”, – stated in the message.

it is Noted that the injured were taken to Central district hospital with gunshot wounds but their condition was not specified.

on 7 February in the village of Masanchi Kordai district of Zhambyl region there was a fight between the locals. The conflict spread to the village Aukati and Bollenbacher, it has affected 137 people, burned down or destroyed a few dozen homes, cars and shops.

the President of Kazakhstan Kassym-Jomart Tokayev has urged citizens to keep the country together and not allow it to break. On behalf of the President was established the governmental Commission on liquidation of consequences of events in Kordai district to investigate the causes of the conflict, assess the damage and restore the property of the victims.

in addition, Tokayev instructed to prosecute persons who called for inter-ethnic strife. On this fact being investigated under articles “Murder” and “Organization of mass riots”.

currently, the situation in the area stabilized.

Eight people were killed in clashes in Kazakhstan