Founder Hannes Mirow has been passionate about playing football since he was six years old. But one thing has always bothered him: bulky, slippery, annoying shin guards. “They are not under control and they not only lose their protective effect, but also become a disruptive factor,” said the Rostocker. When a good friend of his broke his shin in football three years ago, that was the time for him to become active.

After several years of research and development, the industrial engineer is now presenting “PANTHERGRIP” “the world’s first non-slip shin guard”. There are thousands of microscopic panther teeth on the surface, which are supposed to ensure a non-slip fit in the socket. In addition, “PANTHERGRIP” leaves space for the muscles to work in the upper area and a channel protects the tendons in the lower area. To put the schooners on properly, there is a pulling aid. This is to ensure the perfect fit.

Hannes Mirow needs 120,000 euros for production and marketing and offers the Löwen 25 percent of his company shares.

VOX shows the finale of the sixth season of “The Lion’s Den” on Tuesday, April 21st at 8:15 p.m. At the same time, you can also follow the episode on TVNOW as a live stream.

The lion’s den: all highlights in the video 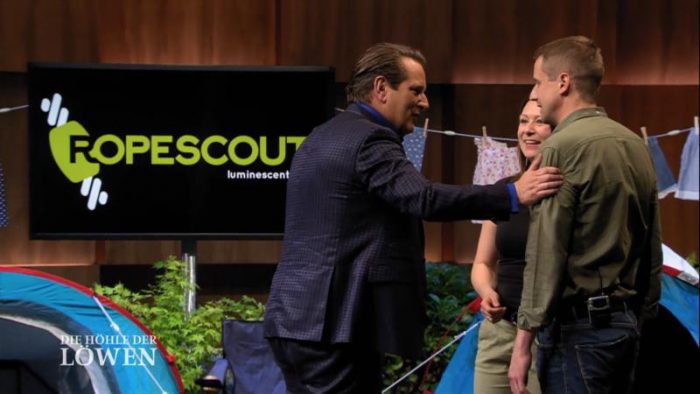