Home Breaking The Prosecutor’s office will appeal the ruling of the violation group of... 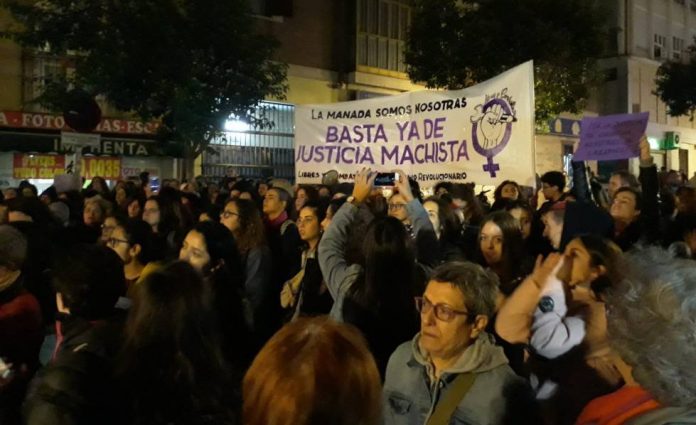 The Prosecutor’s office has announced that it will present an appeal against the judgment of the court of Barcelona for the violation group less unconscious in Manresa, in the that ask you to convict the perpetrators of a crime of sexual assault and not through sexual abuse, have indicated sources prosecutors this Wednesday. The controversial ruling has caused demonstrations of protest and has been highlighted by international media

The Hearing condemned to sentences of between 10 and 12 years to five young people for the multiple rape of a girl of 14 years in Manresa (Barcelona) in 2016, and did so for the offence of sexual abuse of a minor, when you consider that they acted “without the use of any type of violence or intimidation to overcome an opposition that never existed, or to obtain a consent that the woman was not in a position to give”.

The incident occurred in October 2016 at Manresa, when a group of young people went to an abandoned factory –in the Camí Torre d in Vineyards– to make a bottle, and the five abused the minor when he was unconscious, after having taken alcohol despite its “low tolerance” and smoked marijuana.

The Prosecutor’s office, which initially had been asked to condemn abuse, at the end of the trial raised the accusation of sexual assault for six of the seven defendants in the trial, and now will appeal the sentence in this same sense.

The tax, once the process of proof in the trial –which took place almost in its entirety at the beginning of July, when they declared that the accused and the victim– modified at the trial in the final findings of its requests of conviction, raising them until the age of 25 in the case of the main accused.

Argument of the prosecutor

According to the prosecutor, six of the defendants –except for one, only accused of omission– allegedly committed crimes of sexual assault taking advantage of the condition of the victim, “her young age, 14 years old, your complexion, petite, be found alone in one of the booths abandoned” and being under the influence of alcohol and drugs.

To this he added the fact that they acted “with numerical superiority, age and complexion” to carry out its action group, and successively, after the main accused, B. A. M. C., organized the action turn by turn.

The prosecutor noted that the victim had not consented to the facts, and was forced by the accused to suffer all the attacks on your sexual freedom, and lived a situation “absolutely degrading”.