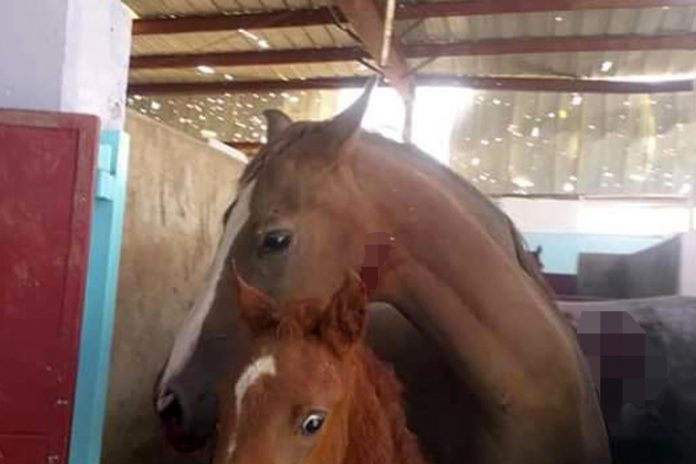 Led by the Saudis, the Arab coalition is not abandoning the war in Yemen, despite the declared global pandemic coronavirus. According to media reports, every day of the air force of Saudi Arabia and its allies cause 50-60 of air strikes on Yemeni territory.

In one of the airstrikes destroyed a kennel of thoroughbred Arabian horses, which were taken in the Yemeni capital, Sanaa. According to preliminary information, as a result of strike killed and injured at least fifty horses. Many horses got too serious injuries and they have to finish. Some of the wounded horses, it is reported that in the near future will also die of his wounds.

As stated by Yemeni rebels from the movement “Ansarullah” (better known as the Houthis), the impact of the Saudi air force has become another demonstration of the intentions of the Saudi authorities to destroy the Yemeni economy and culture.

In the Yemeni media say that the dead horse was the product of decades of breeding, and with their deaths, the Arabian breed has got much damage. Justifying the actions of the Saudi air force, some Arab media said that the nursery belonged to the armed forces of the rebels, who bred horses in their military purposes.