Home Breaking The Siberian campaign of Japanese: what the city wanted to capture Hitler’s... 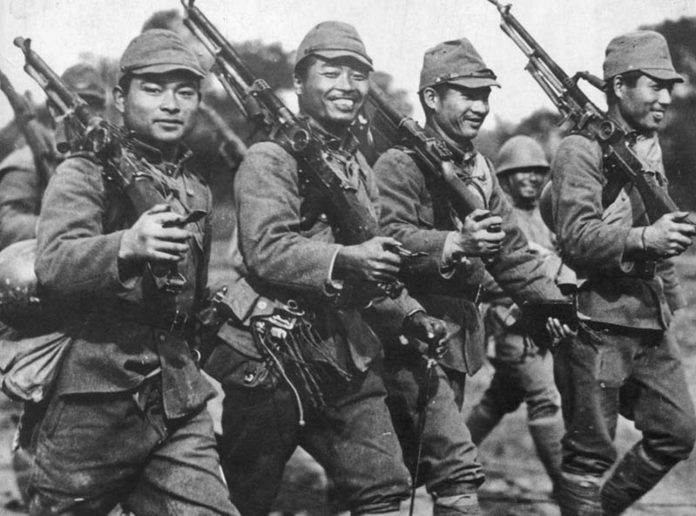 History 06/03/20 Siberian campaign of Japanese: what the city wanted to capture Hitler’s allies

Starting in the 1920-ies the military of Imperial Japan hatched a plan of campaign to Soviet Siberia. Development of the invasion scenario has especially intensified since the beginning of the great Patriotic war. The ambition of the rising sun spread almost over the whole of the East of Russia.

After the Civil war and the accession to the Soviet Union of the far Eastern Republic, the Japanese General staff and USSR still immature state, advised the Imperial court as soon as possible to start a war. Mobilization program in 1926 provided for dealing with the “Soviet threat” set of 18 divisions (the Japanese believed that the enemy will not be able to put in the answer and 10 divisions).

on the Eve of the Japanese attacks on Manchuria, the Soviet Ambassador in Tokyo, Alexander Troyanovsky reported to the Kremlin: “In military circles wandering thoughts about the occupation of Sakhalin, Primorye and Kamchatka.” Drawn up at a time plan for the offensive “Otsu” assumed attacks on Soviet territory from Korea, and from the sea.

In 1931, the military attache of the Japanese Embassy in Moscow kasar Yukio outlined the broader scope of possible operations. In his view, the Empire could have “far-Eastern province” up to the lake Baikal.

the Plan of 1932, approved by Emperor Hirohito, involved the seizure of Vladivostok from the sea by the forces of one division, another the Japanese were going to send to Sakhalin and Kamchatka. Land at the Amur direction was to attack the three divisions, and on the West, Khingan, or four divisions. Soon, however, the Japanese militarists thoroughly bogged down in China. And clashes with the red Army at lake Khasan in 1938 and Khalkhin Gol in 1939 showed that the Soviet Union – not a weak opponent.

Hitler’s Attack on Tokyo Soviet military perceived as a “historic opportunity” in Japan. In July 1941, the question of war with Russian was discussed at the meeting with the Emperor. The General staff has begun to develop a new plan of attack, which got the name “Kantogun tokushu ensue” (“Special maneuvers Kwantung army”).

According to the latter, in the direction of Vladivostok was nominated 1st front, composed of 19 divisions. In the direction of the Amur (Blagoveshchensk) meet the 4th army of three divisions. Finally, the 6th army, composed of four divisions, was to cross the ridge of the greater Khingan and invade Pro-Soviet Mongolia. Originally, the campaign was scheduled to make in two stages.

“the first was planned, stepping on the Ussuri direction, to defeat the Soviet troops in Primorye – says doctor of historical Sciences Anatoly Koshkin. – On the second – to capture a base of the Soviet Pacific fleet – Vladivostok, Khabarovsk to occupy, and then destroy the Soviet troops on the Northern and Western directions.”

On the island of Hokkaido was placed the 7th division, it was ordered to seize the Northern Sakhalin, and Petropavlovsk-Kamchatsky. Ultimately, the “sphere of co-prosperity” would include also Chita and Ulan-Ude, as in six months the Japanese had intended to come to the shores of lake Baikal.

Subsequently, the plan was adjusted so that the Eastern and Northern fronts were opened simultaneously. Although the most numerous forces were concentrated in the East, the most important task was recognized overlap the TRANS near the railway station, Rukhlovo. According to calculations of the Japanese, in mid-October 1941 the operation was to be completed (the Germans by that time were to reach Moscow). The military action was particularly “party of the land army”, who were thirsting for revenge for Khalkhin Gol.

the Legendary spy Richard Sorge reported to Moscow that the Japanese advance will begin in the second half of August, as will be further mobilized 200 thousand people. Fortunately, the scout was wrong. Japanese the generals gradually increased Kwantung army and even talked about how Russia share with the Germans in the area of Omsk. But attack they did not dare. It is believed that Tokyo finally abandoned the idea of war with the USSR after the defeat of the Third Reich in the battle of Stalingrad.