Home Crime The situation at the scene of the explosion in a house in... 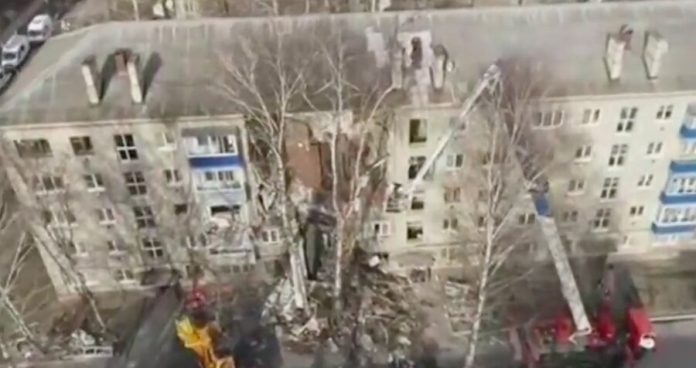 the site of a gas explosion in a residential five-storey building in the Moscow suburb of Orekhovo-Zuevo was removed from the copter. The incident happened in an apartment on the third floor that led to the collapse of the whole entrance.

the Blast severely damaged the building: was destroyed with the first and fifth floors.

the Explosion in the house occurred on Saturday, April 4. The incident struck apartments from the fifth to first floors, one person was lost, five more suffered.

According to preliminary data, explosion could happen because of a malfunction of the gas column located in one of the apartments. SC began checking on the fact of explosion.