Home Breaking The US punishes the executor of the Clean-up Operation that left dozens... 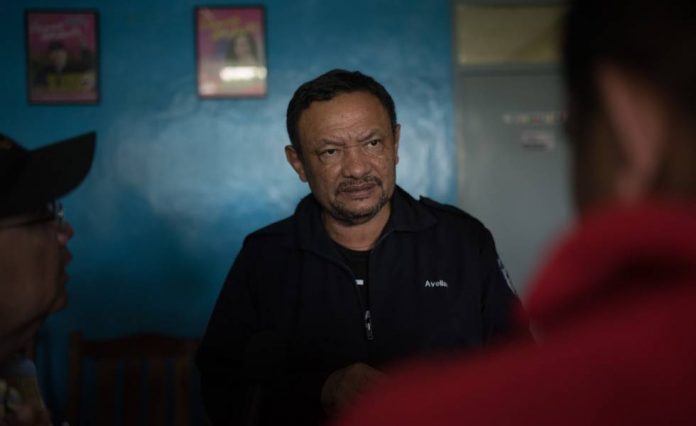 A year of rebellion in Nicaragua Masaya, the heroic city of Nicaragua

The Department of the Treasury of the united States said Thursday that it has imposed penalties on three officials close to the regime of president Daniel Ortega, whom Washington accuses of being intimately associated with the brutal repression unleashed against the protests that last year emerged across the country to demand the end of the mandate of the ex-guerrilla sandinista, that governs Nicaragua with a heavy hand since 2007. For the united states Government these officials are involved in human rights violations and cases of corruption that affect the system of social security of nicaragua.

this Is the deputy director of the National Police, Ramón Avellán, who is considered the executor of the so-called Operation cleanup, a joint operation of police and paramilitary forces intended to tear down the hundreds of barricades erected throughout the nation as a form of protest. Hundreds of pickup trucks with hooded men and carrying an armament of high caliber —weapons of exclusive use of the Army, including rocket launchers and grenades, according to the inter-American Commission on Human Rights (IACHR)— stormed from the beginning of July last year the rebellious cities of the country, leaving a trail of death and destruction. At least 21 people were killed in the cities of Diriamba and Jinotepe, located about 40 kilometers south of Managua. Other dozens were killed in Masaya, the rebel stronghold in the country, where pro-government forces were wroth with his people. Hundreds were imprisoned, and thousands fled into exile. “The voice of our president [Ortega] and vice president [Rosario Murillo], go to cleaning out these dams [barricades] at the national level, we will fulfill it at any cost,” he said Avellán the last year.

the united States justified the decision to impose claiming that Avellán form part of an institution related to acts of violence and human rights abuses against those who since April of last year joined the protests against Ortega. Washington also alleges that the official supported repressive measures and led to arbitrary arrests, extrajudicial executions and “disappearances” of opponents. “The attacks of police forces and parapolicías under his command left 107 people dead and thousands of wounded,” says the Treasury Department in an official press release. The IACHR has documented 325 murders during the past year, but organizations of human rights of Nicaragua’s claim that the figure may be higher. A report by independent experts of the IACHR —expelled from the country by the orders of Ortega in December of last year— points out that in Nicaragua were committed “crimes against humanity”.

in Addition Avellán, the u.s. Government imposed sanctions to Lumberto Campbell, president of the Supreme Electoral Council (CSE), an institution controlled by Ortega and accused of organizing election fraud in favor of the representative and his party, the Sandinista Front. “The CSE is still shrouded in tactics undemocratic to ensure that president Ortega and his allies win elections, including ordering public workers to vote for Ortega and for the candidates of the FSLN”, alleges the Treasury Department.

The sanctions also include Roberto Lopez, director of the Nicaraguan Institute of Social Security (INSS), an institution that according to the united States has been used by its officers for transactions relating to “deceptive practices or corrupt” on behalf of the Government, including misappropriation of private property to benefit public officials or for “political purposes”, as well as corruption related to government contracts and bribes. “The INSS is one of the main vehicles to facilitate the corruption, and has been used to provide the Government of illicit funds,” the document states Department of the Treasury, which points to the institution by being involved in scandals of corruption and money laundering under the supervision of Lopez. According to Washington, the director of the INSS has used its funds to finance million-dollar investments in the real estate sector, as well as to benefit from millionaires contracts to construction firms and pharmaceutical companies of people connected to the Government.

As a result of the decision of this Thursday —it is explained in the official statement— “all property and economic interests of these individuals, and any entity that is owned, who are in the united States or in the possession or control of u.s. persons, are blocked and must be reported to OFAC. The regulations of the OFAC generally prohibit dealings of americans (or in transit) of the united States involving any property or interest of sanctioned individuals”. The Office of Foreign Assets Control is in charge of implementing the sanctions imposed by the Treasury Department.

Nicaragua lives since April of last year the worst political crisis since the end of the civil war in the eighties. The hundreds of dead add up to more than 70,000 exiles, and more than 200,000 people unemployed as a result of the negative impact the situation has had on the weak economy of the country. Ortega has refused to negotiate an end to the crisis, while the country lives in a kind of state of siege, with the total prohibition of any type of manifestation. The U.S. had already sanctioned to the wife of Ortega, Rosario Murillo, one of his sons, Laureano Ortega, and the head of the Parliament, Gustavo Porras.