Home Breaking Three people were killed in the collision of passenger cars and truck... 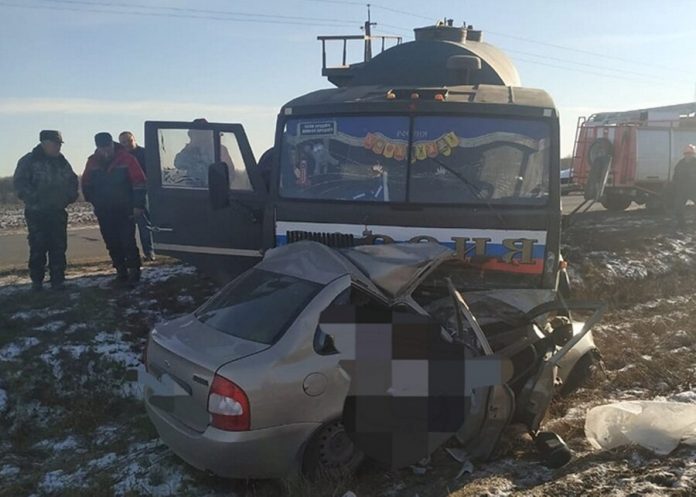 In the Kursk region there was a deadly accident involving a passenger car and truck.

the accident happened on Sunday afternoon at the 30th kilometer of the road Kursk – Kastornoye, RIA Novosti reported with reference to regional Department of the MIA of Russia.

According to preliminary information, on the highway collided with the Lada Kalina and KAMAZ. The accident killed three passengers of the car, the truck driver was hurt. He was hospitalized with injuries of varying severity.

At present militiamen establish all circumstances of an event.

Earlier, five people were killed in an accident on the highway in the Chelyabinsk region. The incident occurred at the 107th kilometer of the highway Chelyabinsk – Troitsk. Due to poor weather conditions on a strip of oncoming traffic, left the driver of the Honda that crashed into a KAMAZ.