Home Breaking Tofig Dadashov: as a telepath, used for negotiations with the terrorists who... 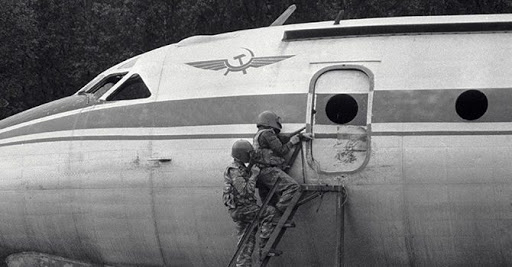 History 17/03/20 Tofik Dadashev: as a telepath, used for negotiations with the terrorists who seized the plane in 1989

according to Nikolai Nepomnyashchy, the author of the book “100 great phenomena”, American scientist Cleve Backster, the Creator of the lie detector, called Tofig Dadashov strongest medium in the world. It is not surprising that Dadasheva was tasked with negotiating with terrorists who seized the aircraft in March 1989. The telepath sensed that the offender was bluffing.

the Seizure of the aircraft in Baku

the Tu-134 Plane, EN route flight Voronezh-Astrakhan-Baku, was seized by a group of terrorists on 30 March 1989. At least the guy by the name of gallop insisted that he is not alone, and it has accomplices. The gang leader announced that he managed to smuggle on Board explosives, and the plane will fly in the air with the passengers if his demands are not met. And a terrorist demanded 500 thousand dollars. After receiving this amount, he planned to fly to Pakistan. According to Igor Prokopenko, the author of the book “the Invisible war”, the security services decided to seek the assistance of people who have supernatural powers.

Mikhail Gorbachev knew this, and, despite the skeptical attitude to psychics, approved the decision of the KGB. According to Prokopenko, such a step Gorbachev pushed the fact that the next day, the Secretary General had to meet in the UK with Margaret Thatcher, and the “ugly” background with the deaths of the hostages he was useless. Besides, shortly before that in the USSR there was a similar story ended in tragedy. The choice fell on the telepath Tofig Dadashov, who, according to Nikolai Nepomnyashchy, the author of the book “100 great phenomena”, the Creator of the lie detector, Cleve Backster called the strongest medium in the world at the First world Congress of psychotronics in Prague.

As he recalled Tofik Dadasew, whose words are quoted in the book by Alexander Gorbovsky “Prophets and seers in his own country”, he received a call at 4 am. The security officers asked Dadasheva to persuade the terrorist to extend the period of compliance: the criminal expect money to 8 am and the telepath had to insist on a 12-hour day. The rest of the night Dadashev did not sleep a wink, and at 7 o’clock sent him a car. 45 minutes later he was already at the Baku airport, where, and unfolded to the action. Deputy Chairman of the KGB, who met Dadasheva said that the psychic will present the terrorist as an employee of the Ministry of foreign Affairs of Azerbaijan, and brought up to date.

If you believe Anton Pervushin, the author of the publication “the Secrets of the forgotten weapons” Tofik Dadashev asked the security officer if he were certain that the terrorists do have explosives and accomplices. The Deputy replied that no doubt nor in that of any other employees of the security services there. First, managed to listen to the ticking of the clock mechanism in the Luggage compartment of the aircraft. And, secondly, the offender is constantly talking to someone on the radio: he gives the team deep into his coat like “Roofing, carefully watch the back door.”

the Denouement of the incident

However, when Tofig Dadashov gave a lift to the ramp, jump met him in splendid isolation. As he recalled later, the KGB Colonel Aleksandr Kuryanov, who was not only a direct witness of those events, but Dadasheva and taken by car to the aircraft, during negotiations, the telepath shook the offender the finger. After Dadashov got back in the car and said Kuryanovo that, in his opinion, in fact, terrorists have no accomplices or explosive devices. At least these are the words kuryanova gives in his book, “the Cooperation of psychics with police and security forces,” Alexander Char.

However, Tofik Dadashev still advised the security officers not to risk it. Dadashov argued that it is necessary to use humanism, which allegedly had a gallop, and to explain the delay in carrying out his requirements by the earthquake in Armenia. On the idea of the telepath, the terrorist had to reflect on the words of security officials, to remove his hand from the clock on the imaginary explosives and smoke. Then it should take. The operation was successful. After graduation, the men of “alpha” Dadashov sincerely thanked for their cooperation. Everything was so, like I said Tofiq Dadashov: the DAP was not an explosive device (his role was played by an ordinary alarm clock). In addition the offender was indeed one. It is noteworthy that Dadashov could not know about the fact that Bob really smoked.

Featured articles Share: Comments Comments on the article “Tofik Dadashev: as a telepath, used for negotiations with the terrorists who seized the plane in 1989,” Please log in to leave a comment! br>
Share on Tumblr