Home Breaking What are the tasks performed by female KGB agents 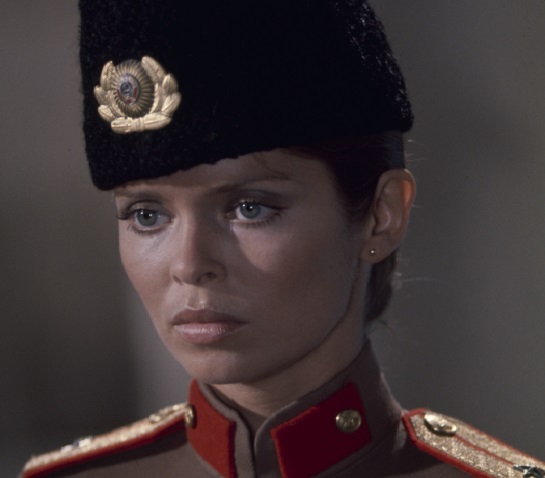 For the future employee of the secret services have always made special demands. It is necessary to understand the intricacies of psychology, to be able to control himself and know languages, but most importantly she should be attractive, uninhibited and ready to seduce men.

Not a woman thing

For many years in the Soviet Union were disputes on whether a woman can be an intelligence agent. Many believed that special service – not for women, this profession requires exclusively male qualities – self-control and willingness to take risks.

About the unsuitability of women to conduct a serious intelligence activities said, for example, the legendary military intelligence officer Richard Sorge. He is credited with these words: “Women are poorly versed in matters of high politics or military Affairs. Even if you refer them to spy on their own men, they will have no real idea what they are talking about their husbands. They are too emotional, sentimental and unrealistic.”

Women have a lot of weaknesses. They rarely own their feelings and can often communicate easily with people that they like. Then as a member of an illegal intelligence should always keep yourself in hand and be able to find the language with everybody.

the Soviet scout-illegal Galina Fedorova she noted that the woman nature is sensitive, fragile, vulnerable, stronger than a man tied to the family home, the more prone to nostalgia. But these small failings, according to Fedorova, a woman is given powerful leverage in the field of human relationships.

Many intelligence agencies around the world willingly used the services of the weaker sex. So, in the UK more than 40% of staff intelligence MI-6 and counterintelligence MI-5 females. “Elegant agents” for decades justified the confidence of the British crown.

During the cold warss and the Soviet Union actively sought women for service in foreign intelligence. An important role in obtaining classified documents of the Pentagon and NATO have played including Galina Fedorova. In 1989, the Chairman of the KGB Vladimir Kryuchkov in one of the interviews indicated that 14% of all military personnel and civilian employees of the KGB were women.

To female personnel in the KGB was very demanding, especially in terms of endurance and mental stamina, because women illegal immigrants had a long time to live away from home. Comprehensive talents, erudition and intellect were pros when enrolling in state security organs.

thus, the number of KGB agents who worked abroad, was Elena Zarubina, doctor of philosophical Sciences, and Zoya Rybkina, known in the USSR as a children’s writer Zoya Voskresenskaya, laureate of the State prize.

the weaker sex in the KGB, the Soviet Union was involved in the intelligence and analytical work, some women held senior positions. For example, in the 1980-ies of the head of one of the units of the KGB was Colonel Galina Smirnova.

But female investigators in the KGB, according to Kryuchkov, was not. “It’s too hard work,” he said. Women’s average wages did not differ from the salary of men amounted to 300-350 rubles.

In particular, to the provocative question of journalists whether the bodies of currency prostitutes as a source of information, the KGB Chairman Kryuchkov answered evasively: “the KGB has more reliable partners”.

Different ways brought the women to the secret service, however, the choice of them as KGB agent random have never been. Carefully carried out the selection of women to work illegally. They were required not only a great WNanya their business and foreign languages, but it was assumed that the illegal intelligence officer must possess the art of transformation, i.e., to have acting talent.

the Most striking example of such an agent, the actress Olga Chekhova, which since 1932 has lived in Germany, on the personal instructions of the head of the Foreign Counterintelligence division of the MGB. Chekhova managed to become the lover of Reichsmarschall Hermann Goering, in addition she had numerous suitors from whom received information about the plans of the Fuhrer. Among unwitting informants actress was even the Minister of propaganda of the Third Reich Joseph Goebbels.

Scout-illegal immigrant Irina Alimova was not an actress, but, according to others, it could be a movie star. Using their acting skills, she successfully conducted the espionage work in Japan, becoming a worthy continuer of the cause of Richard Sorge. So, all of Japan spread through the where Alimova were sealed with the wife of the Emperor of the Country of the rising sun. Easily by establishing relationships and going from suspicion, the scout received the most valuable information about U.S. military bases and coastal fortifications in Japan.

to Deceive and discredit

According to historians of intelligence in the Soviet Union was created one of the world’s most powerful intelligence agencies which prepared women spies, who owned the methods of seduction for men. Not so long ago a book was published about the history of sex-espionage in the Soviet Union, in which, in particular, given the evidence double, by the name of Faith. The former agent described how the secret services had to recruit pretty students, promising them all sorts of benefits and privileges in exchange for fulfilling their civic duty.

According to double, the girls tried to get rid of feelings of shyness and shame, I learned the art of love, showing pornography, including various perversions. Student were required to perform any task. “You soldiers, your weapons – your body” – these words admonished future sex-agents.

the Soviet secret service even opened a special school under the Kazan, in which were trained not only women-spies, but also by young homosexual people.

By the time of graduation, former students have become cynical and sophisticated seductress that does not tally with the moral character of a model Soviet girl. But the homeland of the victims demanded.

Before the next job, the objects of attack were studied, it was revealed their sexual preferences. Familiarity was supposed to look casual and not to arouse suspicion. But the end was always the same – blackmail. Hooked politely explained that he had no choice but to cooperate with Soviet intelligence.

Inexperienced students was not always possible to turn into experienced temptresses. Had to resort to the services of prostitutes. Russian television has repeatedly appeared information about the fact that the counterintelligence of the Soviet Union there was a unit called “Night swallows” – this was a currency prostitute who catered to foreign visitors.

Vasily Kartuzov, former Colonel of the 2nd Chief Directorate of the KGB, confirms this fact. According to him, “Night swallows” – it is “agents of the Second Cupola, which could be substituted in recruiting or other purposes, the alien, representing the interest of our Department”.

Former secret services has told about one operation in Leningrad, when the prostitutes by name Shevich during the auction fur products were sent to the millionaire from the USA. The room American, so embarrassed, that was not capable of love joy. However later the businessman and the sex of the agent form a relationship, and very soon Shevich left with his elect in the United States. “And that was to lose such a lonely girl?” I justified the defector Cap.

In every major Soviet KGB hotel are equipped with special rooms, in which there was wiretapping and filming. Hooked the client showed the recorded material and prinouwaited to cooperation.

Despite the well-established sex agents, intimate salons in the USSR was not – the law does not allow. But in Germany it was possible. And the Soviet secret service in Frankfurt am main opened a special salon where people come to relax and unwind NATO officers. The extracted information is then forwarded to the GDR, and later in the Soviet Union.

Often contrary to the expectations of incriminating material had no effect on the man whom the KGB wanted to recruit. It happened during one of his visits to the USSR by the Indonesian President Ahmed Sukarno, known for his love of games in bed.

In 1979 by order of the head of the KGB Yuri Andropov in the USSR was regulated by the mechanism of listening. The listening position was set everywhere, including in the embassies, for the interception of conversations of foreign diplomats.

Operators in paragraphs listening were mostly women. They record the talks on tape and shorthand them. Not every employee can cope with this task, because each operator had to be able to recognize up to 50 different voices. By the time of the collapse of the USSR in Moscow has about 900 such operators in Leningrad – about 400.

the Authors of the book Red Web managed to find one of the female operators. Her name is Love (the name is for obvious reasons not given). In 1984 he graduated from the Love of geographyeticheski faculty of Moscow state University on a speciality “Economic geography”. She had an excellent knowledge of the Portuguese language, so that it took on service in KGB to listen to the political leaders of Angola. The former agent, in particular, told how during the coup in August 1991, she had to listen Vitaly Urazhtsev – one of the companions of Boris Yeltsin.